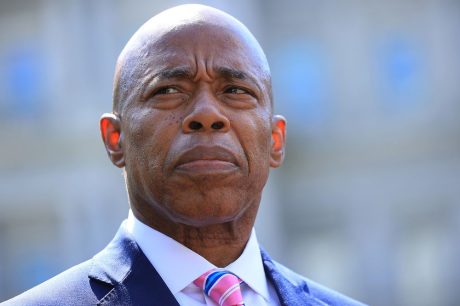 Eric Adams, the new mayor of the city of New York, has once again publicly shown support for bitcoin. The mayor has long been in support of the cryptocurrency, saying he wanted to make New York the bitcoin capital of the country. His most recent show of support has only reiterated the mayor’s plan for the city.

Mayor Adams responded to a tweet from Francis Suarez, the mayor of Miami famous for making the city a crypto hub. Apparently, New York is in a race to make the city the cryptocurrency center for innovation over the city of Miami.

Investors and Entrepreneur Anthony Pompliano had posted on Twitter asking who the first politician would be to accept their paychecks in bitcoin. Mayor Suarez took advantage of this opportunity to show his support for cryptocurrencies by saying he was accepting his next paycheck in BTC. This is unprecedented as no U.S. politician has openly admitted they would take payments in bitcoin.

I’m going to take my next paycheck 100% in bitcoin…problem solved! @Sarasti can you help? https://t.co/v4YdPZ0tYc

Mayor Adams responded to this with an even more impressive revelation. The mayor who had been voted into office on November 3rd revealed that he planned to take his first three paychecks in bitcoin. This move was made in a bid to one-up the crypto-positive mayor of Miami and show New York’s commitment to making it the crypto hub of the nation.

“In New York, we always go big, so I’m going to take my first THREE paychecks in Bitcoin when I become mayor. NYC is going to be the center of the cryptocurrency industry and other fast-growing, innovative industries! Just wait!” – Eric Adams, Mayor-Elect, New York

Mayor Eric Adams is only the second black person to be elected to the mayoral office of New York. His campaign revolved around making New York city an innovation hub, which resonated greatly with the younger residents of the city. His stance on crypto also drew the community to him. Now that he has won the race for mayor, Adams is focused on making the sixty a tech hub.

Taking paychecks in bitcoin is unheard of but not a new concept in any way. Some payroll companies have also begun to offer options to pay employees in crypto. However, Mayors Adams and Suarez will not be receiving their paychecks directly in crypto as they are paid by the government.

They will receive their paychecks in dollars, which would then be converted into BTC. Suarez has in the past explored the idea of paying salaries in bitcoin. Mayor-elect of New York, Eric Adams, has so far not said anything to that effect, but the future of bitcoin looks bright in New York with Adams running the show.