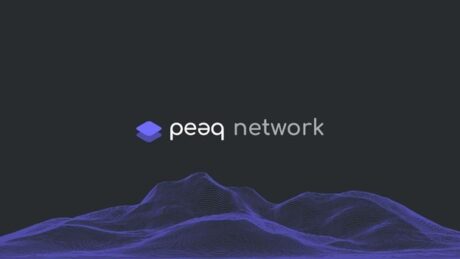 If there’s one thing that has overwhelmed the universe aside from cryptocurrency, it is definitely NFTs. The NFT craze between 2020 and 2021 alone was out of the ordinary, and to date, no one really knows what triggered the interest, but who cares now? Given the amount of money moving in and out of the market. To confirm this, NFT trading volume in Q3 increased by a whopping 704% from that recorded in the previous quarter.

Digital creators, traders, and investors exchanged close to $10B in Q3 of 2021. That’s massive and an unthinkable figure. It’s no surprise considering the amount of digital content that has been sold. Till days, Beeple’s artwork remains the most expensive NFT sold, auctioning for $69M. But, are non-fungible tokens just about making money off digital artworks and music?

The Concept of Ownership and Machine NFTs

NFTs promoted the concept of ownership where one person has an exclusive right to an item. Of course, it’s non-fungible, which means it can’t be replaced by another of the same kind, unlike cryptocurrencies. But, how does one know that you own an NFT that represents an item? What determines the ownership of a digital item since there are no physical contract papers where you pen your signature and all that?

Let’s take this example; you fancy buying a car and you have identified your choice. After you must have paid for the vehicle, some papers, which you have signed, are issued to you. These papers indicate that you are the owner of the vehicle. NFTs use the same concept, only that the contract isn’t physical but digital. The contract isn’t rooted in government signatures/stamps but in a code stamp.

The beauty of this code stamp is that anyone can verify the originality and validity of the contract independently. Once checked, such a person will be convinced that you are the actual owner of that NFT. With governments or centralized authority, you will have to go to them to verify directly, which is time-consuming and energy-draining. This unique concept of ownership is what Machine NFTs are all about.

Machine NFTs are simply a contract of ownership of a machine. Just like digital content, anyone can verify this ownership independently, so there’s no form of centralized authority. One protocol that focuses on ownership of these machines is peaq, a protocol based on the Polkadot ecosystem. But, why own machines?

It’s a well-known fact that machines are the future and on course to replace humans as the elementary workforce. In the no-distant future, cars will become autonomous and robots will work in offices and establishments. What becomes of humans when this happens? Humans will be left out of jobs but they can profit from these machines when they take ownership. This is what the Peaq Network is aiming for. It intends to provide a platform where stakeholders, manufacturers, owners, and users can own, govern and profit from these machines.

Machines aren’t really the problem. Not taking advantage of the opportunity to own and control them is. Machines are just human extensions that track, record and send data to us. Machine NFTs want to create a machine economy where individuals own a stake in these machines that power the economy. These individuals will be able to sustain the machines and improve them. With machine NFTs, everyone earns and the purchase of machines can be subsidized by the economy itself.

The Internet of Things Vs. The Economy of Things

The current machines on Web2, also known as the Internet of Things, are controlled by corporations and governments. The money generated is limited and can only be accessible in full by these centralized entities. Aside from that, any machine that wants to render service must rely on these entities, which puts someone’s safety, privacy, functionality, and availability at risk.

These limitations are eliminated in the Economy of All Things, as peaq describes. Web3 combines the decentralized capability of Web1 and the advanced functionality of Web2 to address the problems in the latter. Web3 will enable machines to save more time and energy and fulfill tasks even better. With Web3, individuals can own and build their pieces. At the end of the day, they profit. This is what peaq clamors for.

peaq is on a mission to build a new machine economy by leveraging Web3 potentials. This enables one to gain massively with minimal risks and own machines using peaq tokens, which allow you to buy Machine NFTs. To that, the network said that it will democratize the potential of the machines. peaq is the first protocol to align the incentives of stakeholders by machines that provide services while creating a loop of value.

This loop of value involves stakeholders providing liquidity and getting their yields after the machines must have generated revenues from rendering services. Machines will use decentralized apps to render services to people and generate revenue on the network, while the network will leverage DeFi to fund new SSIs machines.

Peaq is creating an economic future of machines, and leveraging the protocol will be beneficial in terms of profit generation. Machine NFTs represent real-life machines, which means ownership guarantees holders a fantastic recurring revenue stream provided the machines continue to render services.