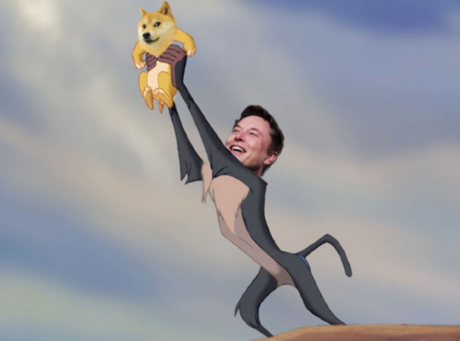 Thousandfold growth, incredible hype on Twitter and Elon Musk – this is how you can briefly describe the situation around the “meme-coins” that has arisen in the crypto space over the past year.

Meme coins are cryptocurrencies that cannot boast of using or inventing any advanced technologies, but they are great at speculating on popular Internet memes and other funny stories.

Various influencers play an important role in promoting meme coins. And for some coins, the main and most important role, as happened with Dogecoin or Shiba Inu, which owe their popularity, explosive growth, and audience to Elon Musk and his shocking tweets.

The combination of good looks, low price, hype, and lots of advertising on Tik-Tok and Reddit has become a real win for such projects. But those who were lucky enough to get at least an indirect mention from influencers of Elon Musk’s level, “skyrocket to the moon” with incredible speed.

Meme coins have played an important but controversial role in crypto adoption: on the one hand, they brought a lot of money to the lucky ones who managed to jump on a rocket taking off to the moon, and brought a million newcomers to the crypto market. On the other hand, due to the extremely high volatility and unstable background of such projects, many people became involved in various scams or at least lost most of their investments.

Nevertheless, thanks to the huge number of new people and new liquidity, the market expanded to such an impressive scale, and this gave a chance for the emergence and development of new, interesting projects. Many experts agree that even among the “meme-coins” there are many noteworthy coins. For example, Dogecoin, which started out as a joke, is now supported and actively developed by a group of experienced blockchain developers who scale and improve its blockchain.

“Not all meme coins are scams. Some of them are backed by powerful communities, investors, developers, those who are able to maintain the value of the token”, the founder and CEO of Yafo Business Development says.

Besides DogeCoin, there are a number of other meme tokens with good growth potential. This was especially facilitated by the development of another “hype” technology called NFT. The combination of memes, NFT, gamification and play-to-earn has spawned a whole genre and has allowed for even more attention, capital, and audience in crypto.

Just take Axie Infinity — a project that, although not a “meme”, is growing thanks to the influx of a huge new audience in “crypto with a human face”. One of the potential candidates for the next “to the moon” could be Vodka-Token, a project on the Polygon (Matic) / Binance Smart Chain blockchains with a bright name, but rather strong partners and team, including former employees of Ex-Oracle, ex- Microsoft, ex-McAfee & Fintech projects.

The young NFT project invites users to try themselves as a bartender, mix the proportions of different crypto-assets, and sell the resulting “cocktails” in the form of NFTs in the secondary market. The game mechanics include the deflationary mechanism of the VODKA token, which should provide it with good growth in value, and the received NFTs can be staked at 100-300% APY.

In addition, on November 23, the TGE (listing) of Vodka Token will be launched at a starting price of $0.0001, where fans of meme coins and a play-to-earn mechanic will be able to become early holders of a potentially explosive project.

Perhaps the most important achievement of meme coins has been the attraction of new people and capital to the industry, which has given rise to a number of gaming and interactive blockchain projects, especially NFT games. At the very least, it’s nice to see the massive adoption of cryptocurrencies by a wide audience. This indicates that we are moving in the right direction, regardless of the path.