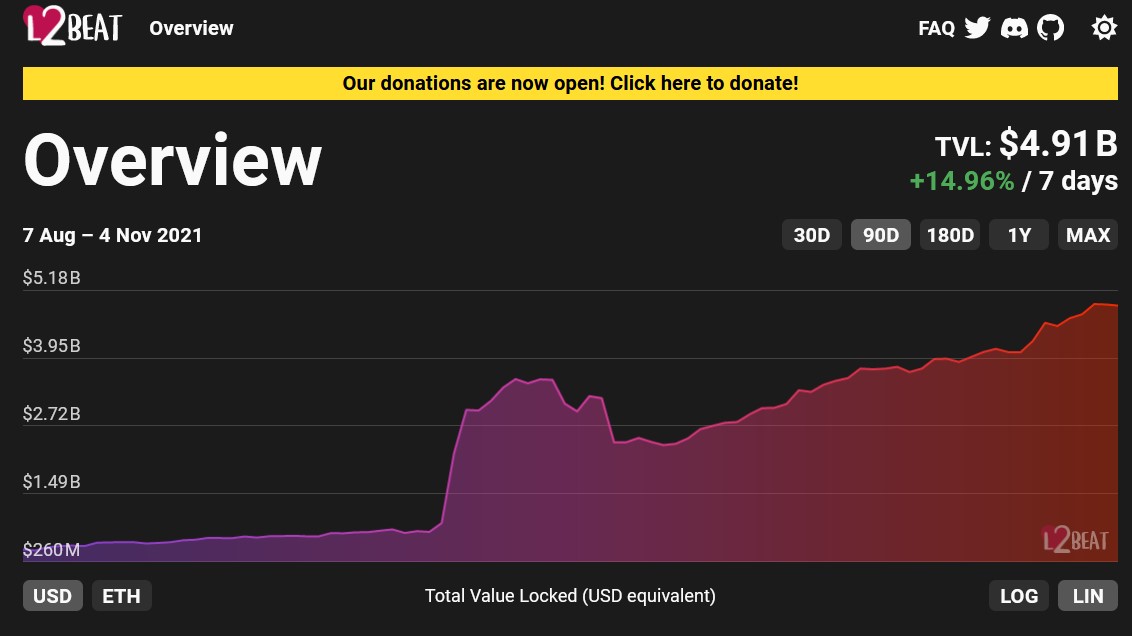 There’s good news on the Ethereum Layer 2 protocols front as the ecosystem is seeing tremendous growth in a short period of time, since its initial deployment. According to L2 tracking and analytics site L2 Beat, the total value locked is nearing the $5 billion mark – it’s currently at $4.91 billion or 1,086,197 in ETH terms. It has risen 14.96% over the past week. For reference, the TVL for these protocols was only $1 billion in the mid of Sep – it’s almost a 5X growth since then.

However, there is little surprise about the reason for Ethereum Layer 2 protocols’ massive popularity. The Ethereum base layer is more congested than ever and is unsuitable for average users. For instance, the measure of how much you would pay for a transaction gwei has routinely hovered around 120-180 for the most time, in the past month and hasn’t been under 100 gwei for a while. The rising fees and waiting times appear to be accelerating users’ migration to the L2.

The Ethereum Layer 2 scaling solutions are decentralized protocols that increase the processing capacity of the Ethereum blockchain (scaling) and as a result, relieve congestion on the network. They work by delegating the network processing “off-chain” to their own chain, processing it there, before settling the final balances on the base layer.

These L2 allow users to execute low-cost transactions rapidly. It’s necessary that big exchanges like Coinbase, Binance, etc. integrate them, so average users can benefit from increased throughput and more capacity on blockchains and avoid even the first withdrawal and bridging transactions on-chain.

Follow us
0Shares
Previous PostHow to Buy Shiba Inu on Binance – Step by Step GuideNext PostCrypto Market is Consolidating, BUT Those Coins BOOMED! 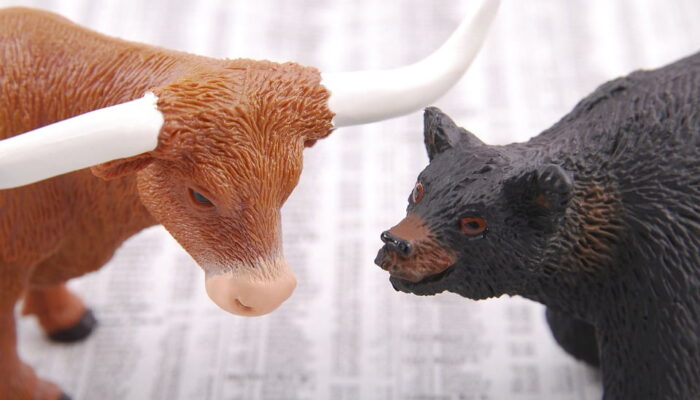 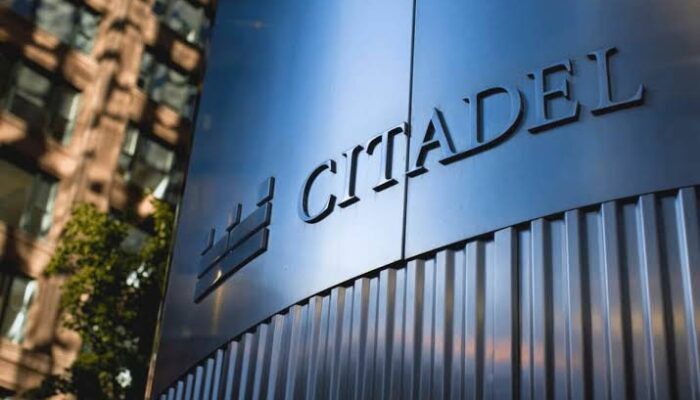