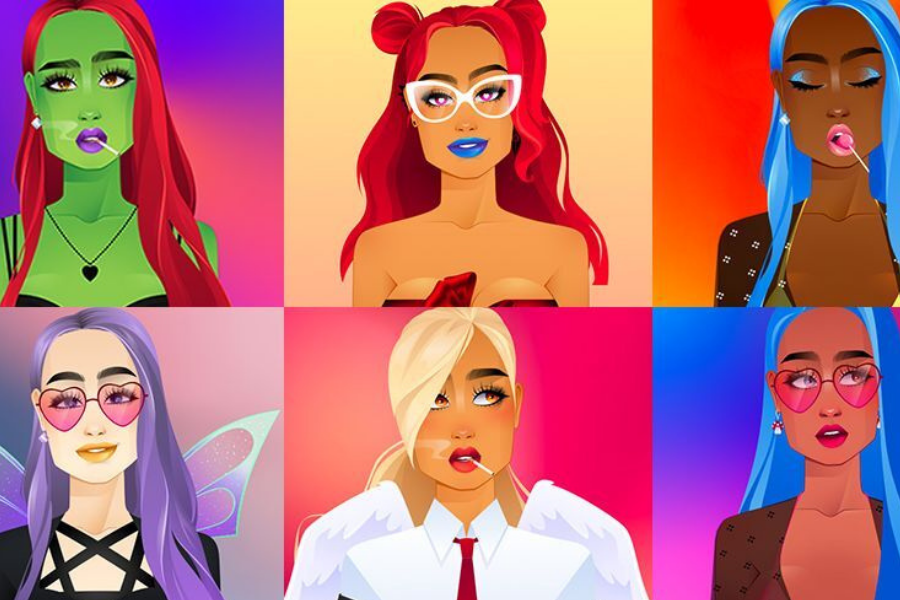 BongaCams, the world’s most popular webcam site, has issued its first exclusive collection of NFTs!

The collection celebrates BongaCams’ 10th birthday coming up in 2022. A detailed description of the project is already available on the official website bonganft.io.

The anniversary collection consists of 10,000 art objects under the symbolic name “BongaNFT”. Each token depicts a unique, graceful and ultimately charming female character and cannot be replicated.

How to Become a BongaNFT Holder?

The sale has been announced to start on January 20, 2022. Although BongNFTs vary by degree of rarity, all of them are priced at a flat rate of 0.15 ETH. Since the NFT collection is based on the Ethereum blockchain, a MetaMask wallet will be needed to make a purchase.

Besides, regular raffles will be held for BongaNFT holders at each stage of the public sale. Every participant will have an opportunity to win unique BongNFTs, VIP status on BongaCams, and up to 10,000 tokens.

And there’s even more: holders of BongaNFTs will automatically become participants of the decentralized BongaNFT community and will get a voice in guiding the project’s direction.

What Stands Behind BongaCams’ Ten-Year History

Created in 2012, BongaCams has evolved into the largest adult webcam site that has over 110,000,000 registered users and represents over 1,000,000 models from a variety of countries. According to Global Rank by Alexa Internet, BongaCams is ranked 33rd by traffic among all the websites in the world with over 50,000,000 daily visitors.

BongaCams has been repeatedly recognized as a leader in the webcam industry, with seven prestigious awards in 2021 alone. As site representatives say, today BongaCams is not just a cam site but an interactive adult social media network—a brand with a unique history.

BongaCam’s exclusive NFT collection has become the world’s first NFT project in the webcam industry. It has already gained a huge interest among not only the website users but also a number of digital art connoisseurs and crypto enthusiasts.

“Not only does this collection have a material and cultural value, but it also symbolizes history—a long, 10 years’ history of the BongaCams brand evolution, from coming up with the idea and choosing a distinctive name, to the largest and most successful website in the industry, which BongaCams is today,” the project founders say.

That is to say, BongaNFT holders will not just own an exclusive art object but will also become part of the big history of BongaCams, the most popular cam site in the world.

All BongaNFTs on the official website are now priced at a flat rate, and it is yet to be seen how much their price will rise as soon as the limited collection is sold out. The founders are hoping to see artworks from the anniversary collection among the most valuable NFTs.

We’ll keep an eye on this project and look forward to the sale. You don’t wanna miss it!

Previous PostWill Bitcoin Reach $100,000 in 2022?Next PostTop Crypto Airdrops You Should Look Out for in January 2022