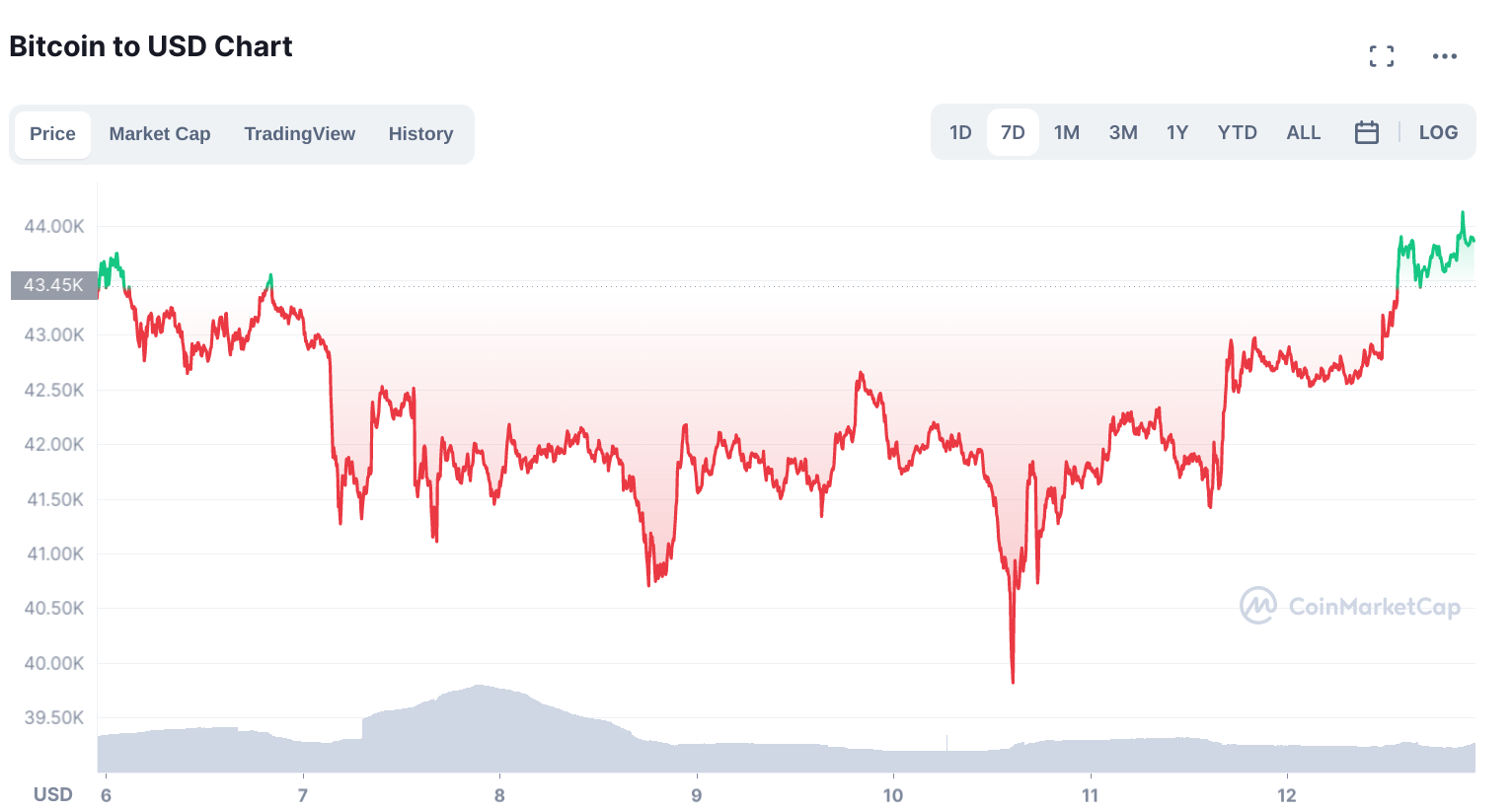 The Bitcoin price has now recovered well from its last crash and rose again over 43,000 dollars after a few days. The price had previously dropped below the $ 40,000 mark for the first time since September. However, with the current rise, the trend reversal into a bullish market could be imminent. Let’s talk about why Bitcoin might have reached the bottom and why a reversal upwards might be coming soon.

At the beginning of the year, there was negative news for Bitcoin investors. Bitcoin prices crashed hard, falling from $ 46,000 to $ 42,000. In certain exchanges, the price fell below the $ 40,000 mark for the first time since September 2021. Today, on the other hand, BTC prices have since recovered.

The Bitcoin price has been increasing again for 2 days. Bitcoin passed the $ 43,000 mark on Wednesday 12th of January. The recovery lowers concerns that the Bitcoin price could fall again towards $ 30,000. However, there are now signs of a trend reversal for the market.

Did the Bitcoin Price reach the Bottom?

The slight recovery raises hopes that the current correction in the market has now bottomed out. We could see a development similar to that of the major correction in spring 2021. At that time, the new bans on Bitcoin mining in China caused a massive price correction for a few months.

Some pessimistic analysts had predicted that the Bitcoin price could fall even further. The reason for this would continue to be high open interest positions on the foreign exchange market and possible increases in key interest rates, including the US Federal Reserve.

One big hope is that the bears are now out of breath and that we could see stronger buying interest again at the current low prices. For the retail investor, the current correction is once again an ideal buying opportunity before we possibly become strongly bullish again.

You can purchase Bitcoin and other cryptocurrencies on the Binance ,  Coinbase ,  Kraken  and  Bitfinex crypto exchanges.

The post Bitcoin Price rises above $43,000 – is the Bear Market OVER? appeared first on CryptoTicker.

Follow us
0Shares
Previous PostUnderstanding Crypto Types – Which Crypto is the BEST?Next PostWhy Solana Is A Good Bet In 2022? 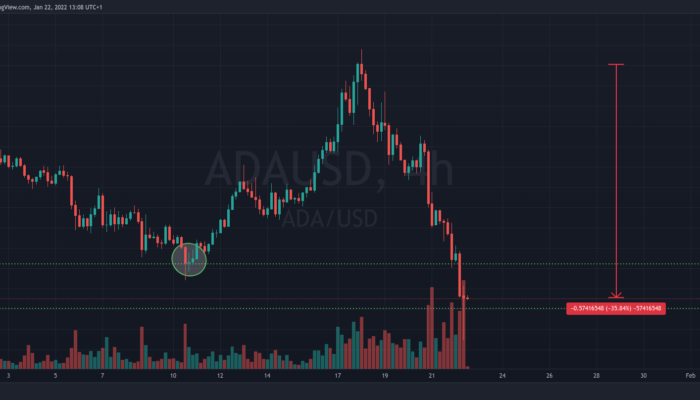 Cardano Price BROKE $1! Should you Sell ADA? Here’s what to do… 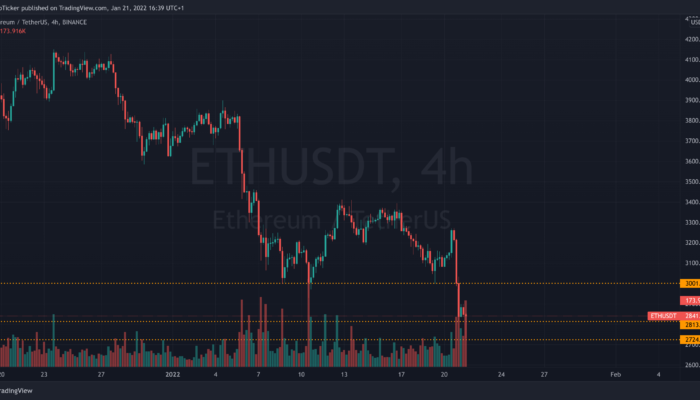 This website uses cookies to improve your experience while you navigate through the website. Out of these cookies, the cookies that are categorized as necessary are stored on your browser as they are essential for the working of basic functionalities of the website. We also use third-party cookies that help us analyze and understand how you use this website. These cookies will be stored in your browser only with your consent. You also have the option to opt-out of these cookies. But opting out of some of these cookies may have an effect on your browsing experience.
Necessary Always Enabled
Necessary cookies are absolutely essential for the website to function properly. This category only includes cookies that ensures basic functionalities and security features of the website. These cookies do not store any personal information.
Non-necessary
Any cookies that may not be particularly necessary for the website to function and is used specifically to collect user personal data via analytics, ads, other embedded contents are termed as non-necessary cookies. It is mandatory to procure user consent prior to running these cookies on your website.
SAVE & ACCEPT
Go to mobile version
TELEGRAM
Cryptonews24 Channel