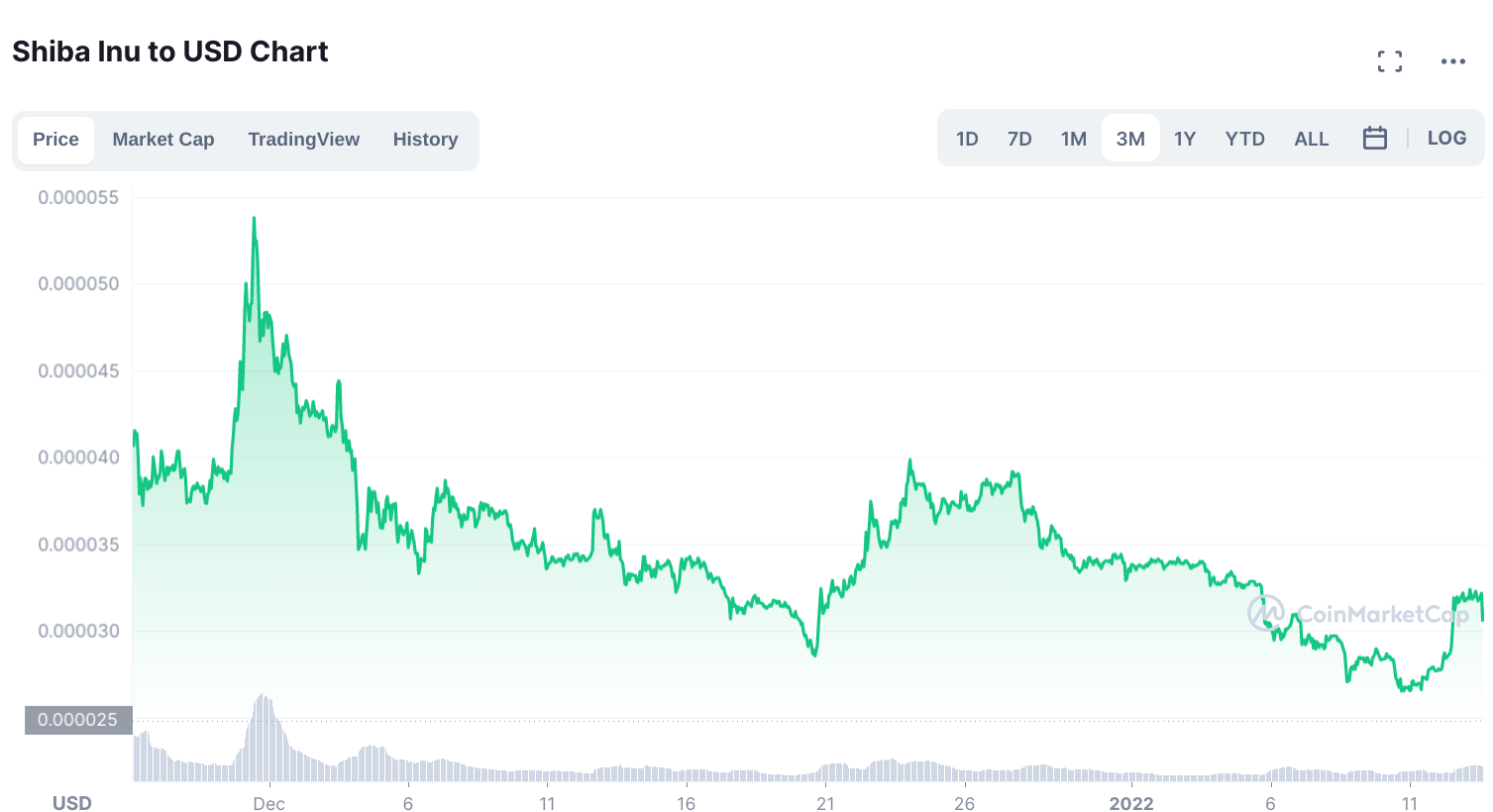 The Shiba Inu Coin was one of the big surprises of 2021. The meme coin experienced massive hype and an extreme rise into the top 10 cryptocurrencies by market capitalization. Despite the current crypto market crash, SHIBA INU might be a good buy if you are considering investing in one of the meme coins available. Let’s name 3 reasons why Shiba Inu 2022 Coin might strive further.

If we ask ourselves whether a meme coin can be successful in the long term, we just have to look at the “big brother” Dogecoin. This meme coin experienced a great rise in 2017. During the massive bull market at the end of the year 2021, the meme currency gained tremendously in value for the first time. Thanks to Elon Musk, the entire Dog token market rose and became the center of attention in the meme coin scene. On the other hand, while Dogecoin and other dog tokens seem to be dependent on Elon’s Twitter activity, Shiba Inu seems to be slowly detaching from this web.

Dogecoin lost value again in 2018, but was able to stay in the top 30 cryptocurrencies. Many observers who believed that Dogecoin should remain a short-term phenomenon have been taught better. The Shiba Inu Coin has a prominent role model here for the year 2022.

Bullish Months ahead for Shiba Inu 2022

It’s no secret that meme coins gain massively in value, especially in bullish weeks. However, they also lose a lot in bear markets. So far, the Shiba Inu Coin has held up very well in the final weeks of 2021 and early 2022, although the market has been very bearish.

In 2022, however, the market appears to remain largely bullish. Historically, we have not seen the great parabolic slope of the Bitcoin price and later the Altcoin rate. It is very likely that the 4-year Bitcoin cycle has lengthened. This should benefit Shiba Inu in 2022.

A few years ago, meme coins were considered pure fun currencies with no specific use cases. This has now changed. Many meme coins have large ecosystems and can fulfill different functions – from means of payment to the main basis of dApps…it looks like this project is steadily becoming more mature.

As a project, Shiba Inu has its own ecosystem, which has 3 tokens of its own: Shiba Inu (SHIB), Leash (LEASH), and Bone (BONE). Shiba Inu also supports smart contracts and can be staked and users can generate passive income. Shiba Inu should therefore also remain relevant in 2022. Let’s see how 2022 treats Shiba Inu tokens!

You can purchase the Shiba Inu tokens on the  Binance ,  Coinbase ,  Kraken  and  Bitfinex crypto exchanges.