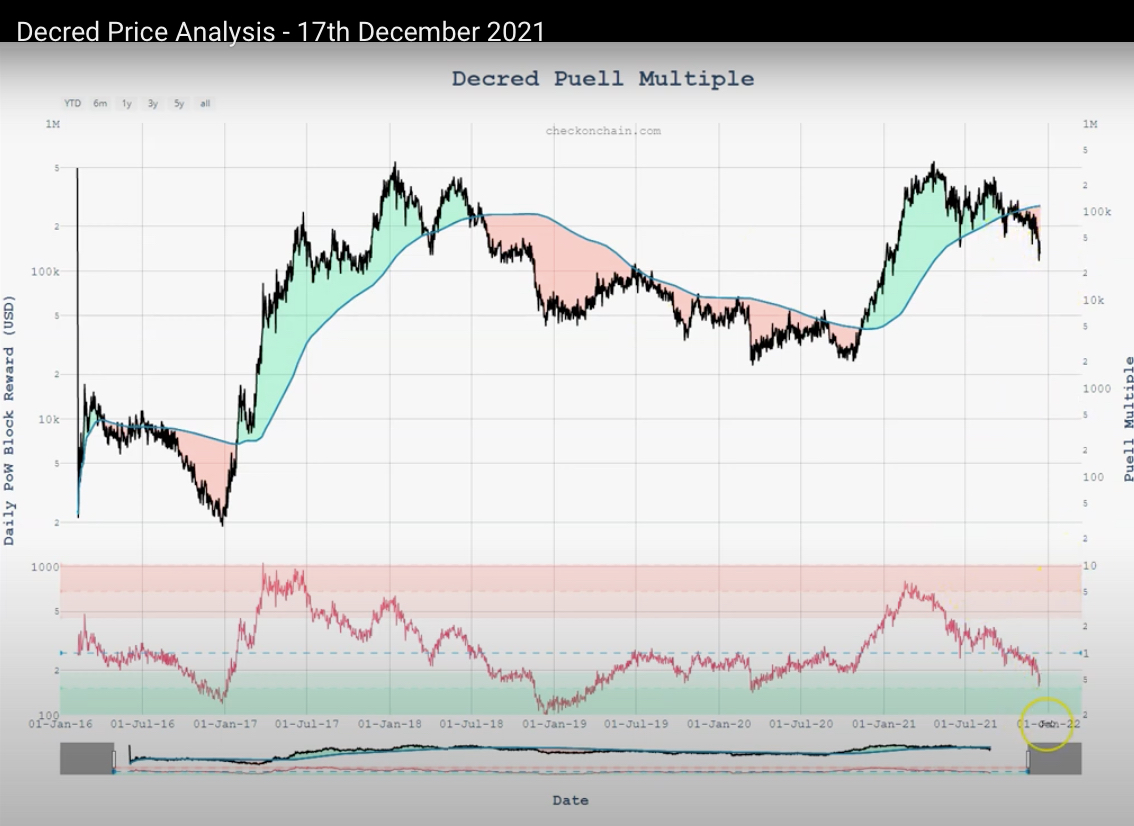 PoW or Proof of Work consensus mechanism powers up the Bitcoin blockchain with a vision that it would make the ecosystem fully decentralized, transparent, fraud-proof, and immutable. However, what if the same technology that powers up Bitcoin and other cryptocurrencies becomes an abuse standpoint? Or, what if a mining syndicate tampers with the entire blockchain ecosystem using PoW. Such future anticipations led to the creation of Decred crypto.

What is Decred Crypto?

Decred is an open-source cryptocurrency with a community-driven operation. The sole objective of the Decred ecosystem is to stimulate community participation. Hence, the ecosystem divided the participation of individuals needed for operation and governance into two communities: (1) In the first community, there will be miners validating the blocks using the PoW consensus mechanism for all PoW blockchains.

Whereas, in the (2) second group, there will be stakers who would stake their Decred tokens and participate in on-chain governance to scale up the entire PoW ecosystem. Using the proposal system Politeia, the Decred ecosystem ties everything together to make both PoW and PoS co-exist and power up a broader blockchain ecosystem.

Why Was Decred Crypto Created?

The sole purpose of the Decred token was to establish true decentralization or a check & balance system within the Bitcoin and other ecosystems using the PoW consensus mechanism, at the same time, also fortifying scalability. Generally, for the Bitcoin blockchain, the mining activities are extremely costly and ASICS or Application Specific Software used for mining performs a single task; which is PoW mining. Thus, in a way making the Bitcoin mining ecosystem extremely centralized with a handful of mining nodes dominating the entire Bitcoin and other PoW network. To keep the mining activities in check, the Decred cryptocurrency ecosystem proposed to set up new standards where both miners and users end up answering to each other.

Hence, those users who do not own a miner can still participate in the PoW ecosystem for facilitating scalability and operations. All they need to do is lock up their DCR tokens in a vault for a ticket. Using the ticket, these token holders can act as block validators and get rewarded for their work. The Decred ecosystem has been designed in such a manner that 60% of all the tokens mined go to the miners and the remaining 30% to PoS validator chain and the other 10% goes to the development reserve fund for making the ecosystem scale up for the future. Juxtaposing the same with the Bitcoin blockchain, the complete 100% goes to the miner.

Brains Behind The Decred Project

The Decred project is a perfect amalgamation of two distinct personalities working on two different projects. However, their paths met a new innovation was born. We are of course talking about an anonymous BitcoinTalk with the username Tacotime. The latter joined hands with Jake Yocom Piatt to develop Decred using the Go language.

How is Decred Rivalling To Challenge PoW and PoS Blockchains?

Decred has amalgamated the best of both the consensus mechanism where at one end it is using the PoS to check and allow the community to have a word on the progress of the blockchain. Whereas, on the other hand, the ecosystem is using PoW to make sure the ecosystem remains fraud-proof, sustainable, and non-hackable for the future ahead. Hence the perfect union of PoS and PoW consensus algorithms working sideways, or complementing each other makes the ecosystem safe, scalable, and secure.

Ecosystem Token, Price Analysis and Where To Buy DCR

DCR is the cryptocurrency powering up the Decred ecosystem. At the moment, the DCR token is trading at $63.64, which is almost 70% down from it’s all-time high of  $249.55 in April 2021. However, to understand in detail, we shall look at the technical indicators.

Recently we did see a slump in the prices and mining stress has picked up pace as evident from the image below.

The redline denotes a continuous dip in the mining activities. Despite the fact, there has been lot of activities on-chain irrespective of a declining volume on all exchanges.

Nevertheless, sometimes investors fail to see a bigger picture ahead since there’s a death cross or bearish cross formation which wiped out 50% of the value and likely expected to continue that trend. Keeping that in mind, Decred could go as low as $35. Hence, either you could possibly HODL or exit to protect against further downside.

If you wish to buy DCR and hold for long, here are a few key exchanges to pick:

Always use a hardware wallet if you wish to store your crypto safe and for a long period.