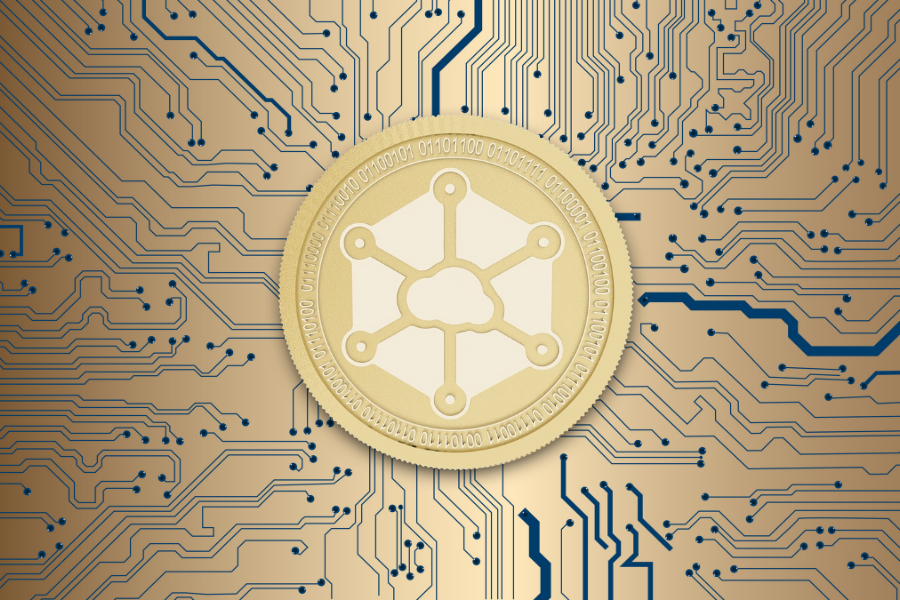 An in-depth analysis of technical and fundamental factors will help us to discern accurate Storj price predictions for 2021 to 2022. Customers are becoming increasingly wary of having all their eggs in one basket, and that’s where Storj comes in with its vision of decentralized cloud storage infrastructure.

At the time of writing this piece, Storj prices hovered north of $1.27. With that, Storj enjoyed an impressive market cap of $486,108,652, according to data available on CoinMarketCap. That places Storj right among the top ten hyperscalers of decentralized cloud storage.

Storj is running like clockwork towards new records highs before the end of 2021. If you are looking for a reason to invest this early, look no further than this Storj price prediction.

At the edge of crypto-market chaos, Storj’s price prediction is more bullish than bearish, despite the muddied waters. However, there isn’t much to be excited about the technology on Storj, but at least for now, the case of STORJ remains bullish.

Fears of Bitcoin price prediction turning bearish and pulling down the market with it don’t seem to put a dent on Storj, and Storj is not showing signs of slowing. Besides, its price action has improved, suggesting that this crypto is approaching a new up leg in a powerful surge to the up move. Storj scaled greater heights in August, ending the month in a position of competitive advantage.

Based on the chart above, Storj is showing a strong move on the upside. The crypto traded on these analyzed lines and managed to form a significant breakout, which was, however, countered by strong bearish momentum. Before that, Storj exhibited a strong upward directional bias for the better part of the start of September, clocking RSI well above 80.

A large green body emerged on the candles on the last week of August. This proves a strong directional consensus on the upside that prevailed during that week. Storj ended above a significant resistance level, which was almost immediately met with some temporary pullback outside the defined range, but broadly speaking, there is a chance of the bullish trend persisting for another breakout.

The price action analysis from mid-August to the start of September shows that the main breakout that occurred when STORJ moved past $1.48 is still very much in play. After each move on the higher side, STORJ price prediction consolidated some time, only to resume the uptrend towards the key resistance level at $1.85.

All in all, we see STORJ continuing to outperform the broader markets relatively. Such behavior is also observed when compared to Bitcoin, despite the latter carrying strong significance in the market. The coming months will make it necessary for STORJ to stay on an upward trend with relatively strong momentum against market forces.

The monster advance from mid-August 2021 has some attractive credentials, having broken the main resistance levels dating back to the start of the year. Now that STORJ has cleared resistance, will it make new highs? One way to determine what’s next is to judge the odds of the continued rally on the current momentum.

STORJ price prediction has shown potential for strong momentum, as it has consistently moved to stay above the 50-day Moving Average with short drop triggers by typical price corrections. At the moment, STORJ is trending to clear the Directional Movement Index. What makes this even more important is that the last time STORJ was attempting to clear its $1.10 resistance level, the RSI and DMI were in synch. This time around, there is a disconnect between RSI and the ADX line.

Now, STORJ is about to attempt a breakout of the moving average, with price leading higher. If RSI changes to an upward momentum, this will greatly increase the chances Storj can break to new highs as it shows that momentum is following the price action.

Bitcoin gets all the press these days, yet STORJ has been a consistent performer in the weighting crypto market. With more computing power and more data, Storj’s price prediction is forecast with precision with unbelievable accuracy. Here are some data-powered forecasts for STORJ price prediction.

To begin with, WalletInvestor provides plenty of superlatives to bolster the idea that STORJ could soon charter new highs north of $2.6 by the end of Q2 2022. That is significant considering STORJ is already consolidating a strong effort to break through the significant resistance level at $1.8. In that effect, STORJ could be hovering in the borderlands of $2 by the end of the year.

Forecast website TradingBeast collaborates the same outlook, listing STORJ as a good buy for crypto investors. TradingBeast offers the flattering prediction that STORJ could surge to as much as $3 by the start of Q3 2022. However, the forecast also cautions investors to anticipate grim days leading up to the end of 2021 before the improved performance in 2022.

According to CoinQuora, investors have more than enough reasons to stay bullish on the future of STORJ. That is a price prediction of $3.16 in one year. This forecast is well within the threshold to double investor earnings. Just as bullish is the idea that STORJ price prediction could end this year on a profitable note, clocking $2.5 and just in time to raise the stakes to $2.96 by mid-2022.

Now with the hype around decentralized storage, Gov.Capital projects that Storj has a bearish fortune, but it is a passing cloud. The forecast foresees a trading price of $1.8 by the end of the year, but the price could more than triple in a 5-year outlook. Based on the key metrics studied here, the rising tendency will not hold on key resistance levels. That’s what Gov.Capital says about Storj price prediction.

Likewise, DigitalCoin examined data on Storj trading patterns and determined that the asset price has been in an uptrend for the past year. However, the future price of STORJ is predicted at $1.18 by the end of the month. This means that the asset could increase in value to $2.23 based on the technical analysis.

The general sentiments on Storj within the cryptocurrency community are bullish. For starters, Jaydee, a high-profile analyst, is going long on Storj. Jaydee is setting his sights on $110 in the long-run, but awaiting a confirmation on Stochastic RSI Cross signaling a strong uptrend. However, ProjectSyndicate offers a contrary opinion, suggesting traders should short it on resistance. Targeting a sell-off point of $1.4, ProjectSyndicate projects STORJ could fall to 0.71.

Storj is building infrastructure to undercut cloud giants, but the startup is not yet going after enterprise clientele. The competitive advantage of Storj is that it does not have the purchasing or maintaining its own data centers. As the Airbnb of cloud storage, Storj is in a position to increase market share by targeting developers on its way to the enterprise.

Recently, Storj started making strides towards the decentralized internet space by launching Storj DCS. The new product will enable developers to leverage unsurpassed privacy and security benefits of decentralized cloud storage. With this new multi-tenant gateway, changing storage to Storj is as simple as altering a few lines of code in their Amazon S-3 compatible applications.

Besides, the decentralized cloud storage protocol by Storj is being fronted as a possible platform to fight against ransomware. The data is encrypted and split into a piece into indistinguishable packets, which ensure the data is constantly available. Everything is retrieved on-demand and reconstituted with no central point of failure all over the world. This functionality is the kind of value proposition that drives the optimism and bullish sentiments over Storj.