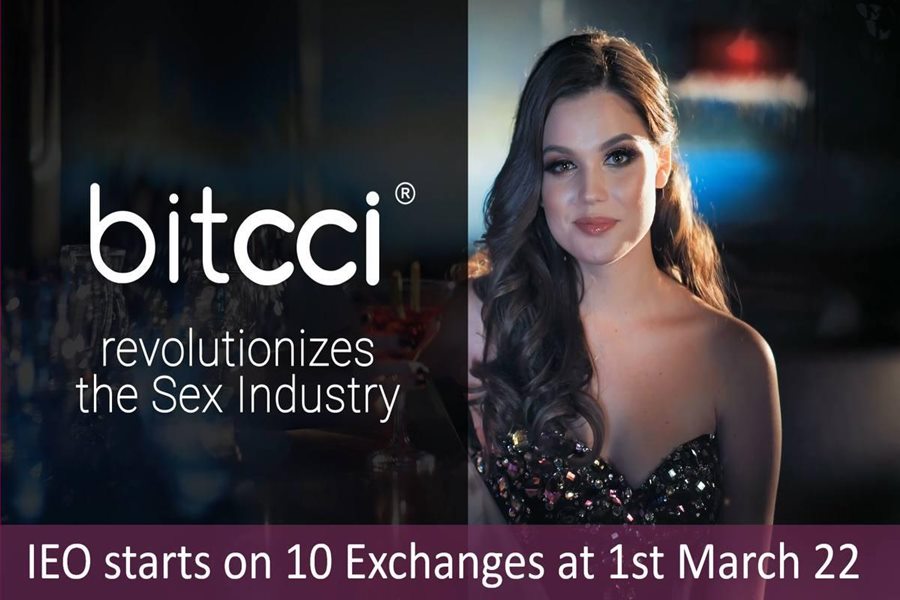 People who work in the sex industry and do sex work on a regular or irregular basis are referred to as “sex workers.” Sex workers all over the world are currently using bitcoins to escape widespread discrimination in the economic field.

A pornstar’s or adult film star’s bank account may be closed without warning at any time. The fact that sex workers are unable to withdraw funds from their existing bank accounts appears to be a major source of concern. Despite the fact that their employment is legal, many people in this business, including entrepreneurs and online stores, encounter this issue. bitcci’s business strategy for the sex industry and its benefits for sex workers will be discussed in this article.

bitcci, a Swiss token startup, is allowing the adult sector to join the blockchain movement by providing solutions to tokenize the industry. As it seeks to reinvent itself, the adult business has been one of the early adopters of technology. The proposed coin is in accordance with bitcci’s goals of giving its services to a global audience, with over 40 million participants in the adult sector. Blockchain technology has been used in a variety of fields, including education, economics, sports, and real estate. The adult industry, on the other hand, appears to have been left behind, despite the fact that blockchain technology will greatly benefit it. The sexual sector has been scrutinized from the dawn of mankind.

The industry’s myriad controversies, malpractice, and illegalities add to the sector’s negative reputation in the eyes of many. Furthermore, a lack of openness is a prevalent feature across the major participants. All of these factors may have an impact on the industry’s long-term growth. However, blockchain technology may hold the key to resolving all of these pressing concerns. bitcci will use tokenization to address all of these difficulties. Because of blockchain’s transparent and decentralised structure, it’s simple to integrate it into almost any system with the correct knowledge. The bitcci team has the experience and technical skills to make this happen.

On the core portal of bitcci.com, the sex worker can build her own profile and market her services. The company produces the bitcci debit card, which includes IBAN account numbers, in collaboration with licensed fintech partners. Because sex workers are registered with bitcci, it provides them with a recognized occupation. To provide tax advice and produce its own product, the “bitcci pension fund,” the “bitcci academy” collaborates with an authorized partner. To overcome the language barrier, this portal will be available in more than 20 languages worldwide. This website assists sex workers in digitally promoting their services and generating foreign consumers.

bitcci Promises Equality and Transparency for All

The bitcci group, which is based in Switzerland and Liechtenstein, aims to open new blockchain-based nightclubs and payment systems. In July 2021, the company also raised CHF 1 million in two weeks. The money raised will be used to upgrade the company’s headquarters in Switzerland. Users can send and receive bitcci cash tokens with bitcci. It aids sex workers in overcoming the difficulty of “banned” accounts. Customers will have a more smooth and secure experience with the brand’s app and website.

The brand has a strong global presence and collaborates with a number of Blockchain organizations in Europe. bitcci club, the company’s club software, is now in use in four sauna clubs in Switzerland. Sex workers will be given a global ID and will be able to offer services all around the world after they have registered. The app’s design will assist sex workers in digitally promoting their services and taking advantage of the potential to be picked by an international clientele. In addition, the company is trying to purchase ten plots of property in Europe. They plan to open five new bitcci nightclubs in order to increase compensation for promoting sexual services.

According to the company’s legal notice, bitcci does not support any third-party services. The company launches its initial coin offering (ICO) using the payment token, suggesting that it is only responsible for services within the bitcci ecosystem. Bitcci is currently effectively releasing the sex industry’s tensions and obstacles by creating a digital payment platform for transactions. In addition, they are employing blockchain tools to create a regulated chain of nightclubs around the world. As part of the bitcci IT platform, the process will be backed by the club’s central administration system. It provides a variety of services, including registering sex workers with the authorities, personnel planning, a point-of-sale system, and managing web portals.

The firm provides a self-directed training curriculum. This will assist sex workers in understanding their roles as sex workers and in establishing trust. bitcci’s training program teaches people how to maintain a high level of stability and maintain a healthy work-life balance.

bitcci optimises and decentralises the sex business by establishing new areas of innovation, such as the use of new technologies to keep sex workers safe and secure. With cutting-edge technology, it offers outstanding automatic control. This avoids the time-consuming process of completing various forms and overcoming language hurdles. When a sex worker registers with bitcci, the company provides her with professional photographs that can be used to sell her services. The clubhouse will have cutting-edge technology as well as the highest level of security.

The post bitcci Plans to Revolutionize the Adult Entertainment Industry Through Blockchain and NFTs appeared first on Coindoo.

Previous PostTop Cryptocurrency Conferences You Should Look Out for in MarchNext PostEnvoverse, a DAO NFT Initiative, Rides the Metaverse Wave by Launching NFTs