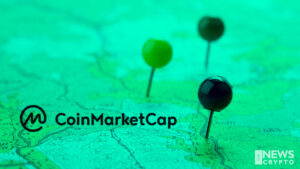 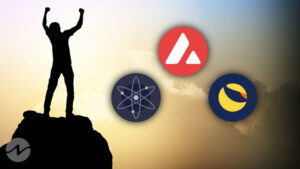 Bitcoin is back at around $45,000 level which has now come from the dip of around $35,000 following the Russian invasion of Ukraine. Thus all other altcoins are also following the same pattern while some gradually presented more profit. Though the story behind the recent surge of the market has not been made sure. But investors and traders are rising with the queries whether the backend story is somehow related to the current conflict between Russia and Ukraine.

Millions of cryptocurrencies are noted and many have been taken into consideration by the advancements of their ecosystems. Passing with the ongoing trend, there are many more technologies being integrated into the crypto world. Within the past two years, NFTs have achieved huge profits while DeFi also has grabbed massive attention. Following that the gaming tokens and metaverse are the current trends that investors are focused on.

Significantly, some tokens would lead by market capitalization and some with trading volume. Likewise, the industry witnesses top gainers for each day which will be measured with the performance of the cryptocurrency. According to CoinMarketCap, the top three gainers of the day are Terra (LUNA), Avalanche (AVAX), and Cosmos (ATOM).

LUNA, AVAX, and ATOM are three potential cryptocurrencies that are consistently picked as worthy tokens among other altcoins. Terra (LUNA) is the top gainer of the day which has almost surged over 28.02% in a day. Moreover, Terra is an open-source blockchain platform for algorithmic stablecoins. At the time of writing, LUNA was trading at $88.53, which has soared 66.29% in a week.

The second top-gainer of the day is Avalanche (AVAX), which is a decentralized smart-contract platform that is open and programmable. AVAX is a cryptocurrency that can be staked to secure the network and pay transaction fees. Currently, AVAX is trading at $86.27 while it surged over 20.07% in the past 24-hours and 18.90% up for the past week.

The third top gainer of the week is Cosmos (ATOM), which powers a network of blockchains that are meant to scale and work together. The team wants to “build an Internet of Blockchains, a network of decentralized blockchains that can connect with one other”. Consequently, at the time of publishing, the trading price of ATOM was $30.89, which was 19.29% and 30.28% up for the past 24-hours and a week respectively. However, the previously mentioned tokens are potential ones and are the top gainers of the week.