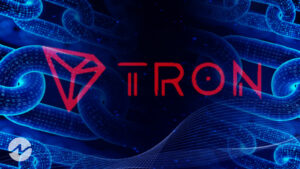 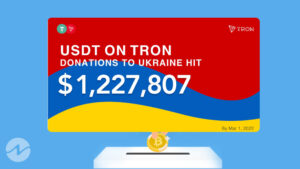 In a message sent out last week, the official Twitter account of the Ukrainian government requested contributions to aid in the country’s fight against Russian aggression. According to Gavin Wood, CEO of Polkadot and Justin Sun, founder of Tron, petitioned government authorities to adopt their respective native coins. Fans of other layer-1 blockchains have begun lobbying the government to release more wallets, as with Ethereum.

Cryptocurrency has never seen anything like that before. A sovereign country showed the censorship resilience of blockchain technology in a time of crisis. Several news outlets have verified these wallets. According to statistics from Elliptic, a blockchain analytics startup, $22.8 million has been contributed to the two leading blockchains as of Monday afternoon. Funds tracked have gone to the Ukrainian government and a non-governmental group called Come Back Alive, which supports the Ukrainian military.

TRX in Addition to USDT

According to a portal created by Coin Centre Executive Director Jerry Brito, $6.6 million in Bitcoin and $6.5 million in Ethereum have been given to the government. Tron, the second most popular blockchain supporting Tether’s USDT stablecoin after Ethereum, is the only other blockchain added so far.

Ukrainian Vice-Prime Minister Mykhailo Fedorov also tweeted a Tron address for USDT contributions. After recently becoming a representative for Grenada at the World Trade Organization, Tron Founder Justin Sun joined into the conversation and urged that Ukraine adopt TRX in addition to USDT.

So far, the official #TRON address of the Ukrainian government to collect contributions has received a total of $1,227,807 #USDT on #TRON for 2577 transactions with an average donation amount of $477, according to a tweet from the TRON DAO’s official Twitter account.