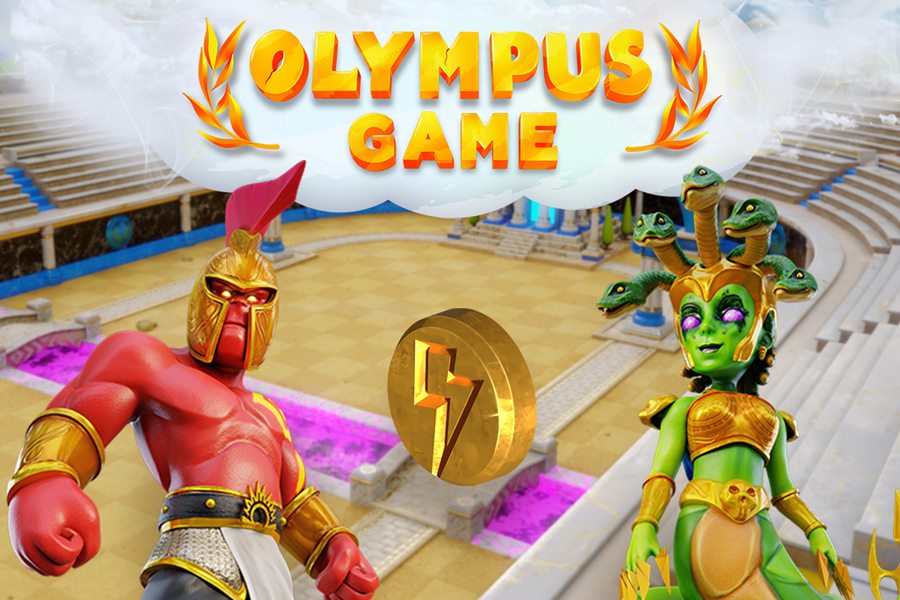 Play-to-earn or P2E for short is set to take over the gaming and eSports communities this year. One title hoping for a share of the Glory is Olympus Game. Olympus Game, which is wholly unrelated to the international sporting event, is a new tower Rush style game with an ancient Greek flavour.  In the game players take part in brutal card-driven, PVP combat in a bid to climb the steps of Mount Olympus and all so they can prove their worth to the mortals below.

“In the story of Olympus Game, the human population is sick of the gods toying with them and have decided to stop praying until they do something useful.  Luckily for us, useful turns out to be a bloody battle amongst themselves and as with each victory each god climbs ever closer to the summit of Mount Olympus and the chance to be a god again. “Joel Da Silva, Co-founder Olympus Game

The novel back story lends itself well to player v’s player combat which in turn is ideal for a play2earn platform. There are two ways to play Olympus Game, free to play and Play to Earn. In free play, players can practice their skills and work out their strategies by using a free deck of cards. To join the play-to-earn arena, however, players will either need to purchase a standard intro-deck of cards or rent one from other players or sharp entrepreneurs. There’s no advance fee to borrow a deck, but the player agrees to share any rewards earned with the user who owns the cards.

Rewards come in the shape of chests, which are gained after winning six games. Inside the chest, the rewards themselves are broken down into Common, Rare, Epic and legendary and feature character upgrades, perks and skills. Each chest will have a countdown clock too, but players can also spend $OLYMP to let them open their chests faster.  The game will operate on a token known as the $OLYMP. $OLYMP launches on April 9th. Part of the token’s allocation includes 10% towards  a giant prize fund. The developers hope this prize fund will be enough to attract the best gamers on the web to take part.

To find out more about the project or the team behind it you can read their manifesto, or follow their progress on Twitter.

The post Meet Olympus Game, a God Game with a Play to Earn Twist appeared first on Coindoo.

Meet Olympus Game, a God Game with a Play to Earn Twist