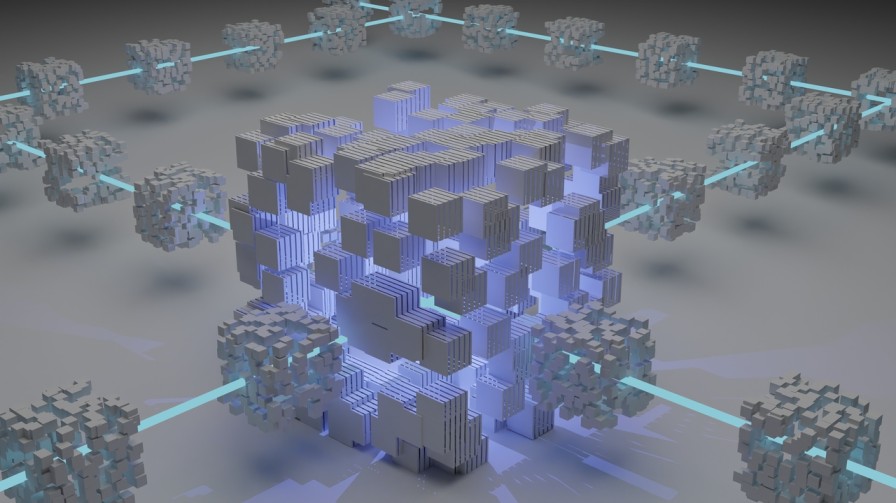 What is Near Protocol?

The Near Protocol (NEAR) is a blockchain protocol that is easy to use and scalable. It is a layer 1 blockchain that continues to function CO2-neutral. NEAR operates as a community-driven cloud computing platform that aims to address the weaknesses of other blockchains such as low transaction speeds and poor interoperability.

The Near Protocol uses human-readable account names as an alternative to cryptographic addresses to make the platform user-friendly. Furthermore, NEAR uses its own consensus mechanism, “Doomslug“. Thanks to Nightshade technology, Near Protocol has greatly increased transaction throughput. This rose to over 100,000 per second.

By solving the scaling problem of other blockchains, the near protocol has been extremely popular with investors for months. The NEAR Protocol Ecosystem Fund has already raised $800 million to help existing projects scale on the blockchain. In the meantime, NEAR has become the basis of numerous successful decentralized applications (dApps).

How does the NEAR token work with the Near Protocol?

NEAR crypto is the native token of the Near Protocol and at the same time the governance token of the ecosystem. It has various functions in the network:

One billion NEAR tokens were issued in 2020. Each year, 5% additional tokens are issued to support the network. At the moment there are about 650 million tokens in circulation.

NEAR Price Prediction – Should you Buy NEAR Today?

The NEAR token from the Near Protocol has only existed since the end of 2020 and has recorded very high gains in the 2021 bull market. These profits increased massively in the third quarter after the market correction over the spring and summer. While the market fell sharply in January, the NEAR token reached its all-time high of $20.20 in mid-January. Of course, after such a rise, the price adjusted back to its average uptrend line.

In figure 1 above, we can clearly see an uptrend channel. After NEAR prices reached the bottom, prices reversed upwards. We expect prices to reach the $14-$16 price area by next week. On the other hand, it is always important to place a stop-loss, specifically for NEAR below that uptrend channel.

Can Near Protocol become a Pioneer in Web 3.0 projects?

The Near Protocol has focused on the development of DeFi-based projects in recent months. It also works on NFT projects, DAOs and gaming applications. Due to its extremely high scalability and its user-centric approach, there is a lot of potential for the near protocol, especially in the growth markets of DeFi, NFTs, and gaming.

Especially for the vision of Web 3.0, the near protocol blockchain could become extremely interesting in the future. In principle, Web 3.0 should represent the next development stage of the web. Decentralization and the blockchain play a decisive role in this. Many blockchain networks are being traded to play a pioneering role for Web 3.0 in the future.

In many areas, Near Protocol is already superior to other blockchain networks. High scalability and great user-friendliness with the integration of governance functions make NEAR so special for the future. It will therefore be exciting to see whether NEAR will become one of the most important cryptocurrencies in the future.

You can purchase NEAR tokens from Near Protocol in 2022 on crypto exchanges  Coinbase  and  Kraken  .

You might want to Buy NEAR! Here’s how Near Protocol helps Web3.0