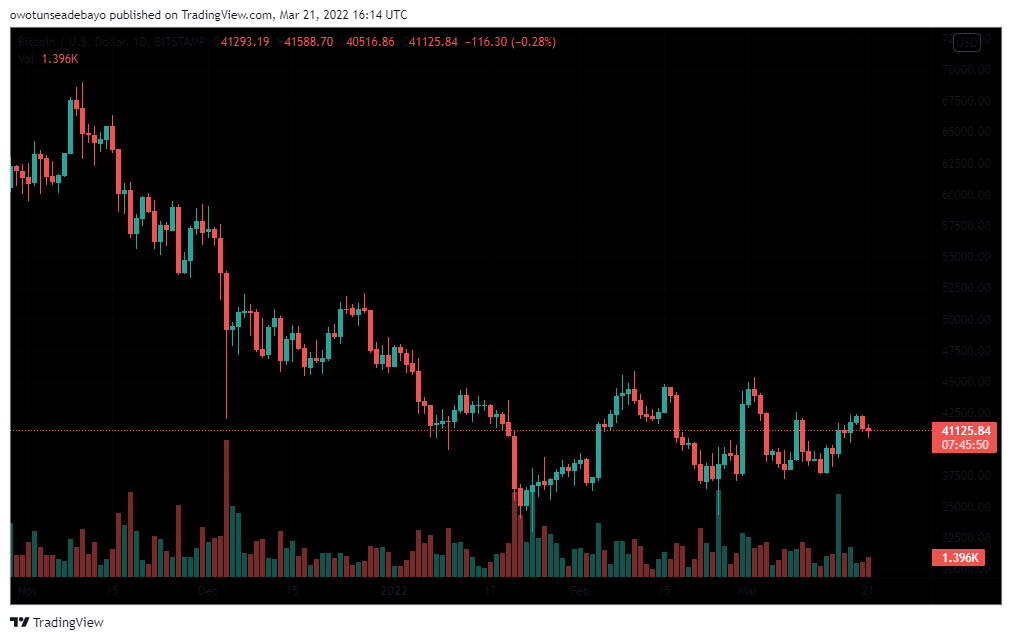 Cryptocurrencies are digital tokens or coins that exist on the blockchain. Alternatively, a blockchain is a digitally distributed, decentralized, and public ledger that exists across a network. One of the first real applications of blockchain is in the cryptocurrency system. Blockchains help cryptocurrency to maintain a secure and decentralized ledger of transactions. The first cryptocurrency to utilize the complete application of Blockchain is Bitcoin, which Satoshi Nakamoto created in 2009. Since then, many other cryptocurrencies have sprung up with similarities to Bitcoin and utilizing Blockchain technology. These other cryptocurrencies, aside from Bitcoin, are called altcoins. Fortunately, while Bitcoin is still very dominant in the crypto space, these altcoins have proven to be very strong. However, Ethereum (ETH), Lucky Block (LBLOCK), and Aave (AAVE) are three of the most important altcoins in 2022.

Bitcoin is the first cryptocurrency to exist and continues to be the pillar of the crypto market, even in 2022. The cryptocurrency was created by a pseudonymous person or group- Satoshi Nakamoto, in 2009. Its system consists of a collection of nodes or miners that run its code and store then on the blockchain. At the time of writing, there are currently about 14,000 nodes on its system. Bitcoin is also one of the first virtual currencies to integrate peer-to-peer technology in its instant payments functions. One of the essential participants on the Bitcoin network is the miners or validators. They are tasked with processing transactions and creating new blocks and incentivized with rewards. Unlike fiat currency, which is printed at a matching rate with the economy, one can only mine Bitcoin.

Bitcoin mining is the process of releasing new Bitcoin into circulation by miners. The process is completed by miners when they solve computationally tricky puzzles to discover a new block. These newly discovered blocks are then added to the blockchain. The total amount of Bitcoin in existence is 21 million tokens, with 18.875 million already in circulation. There are still about 2 million tokens yet to be mined. Bitcoin is available for purchase on Binance, Coinbase, OKEx, and thousands of other crypto exchanges globally.

How Does Bitcoin Dominate The Crypto Space?

North American nation- El Salvador, in June 2021, became the first country to adopt Bitcoin as legal tender officially. This is one of the reasons why the cryptocurrency has remained dominant in the crypto market. Also, despite the security issues facing the systems of many cryptocurrencies, Bitcoin’s system is highly secured. Other factors that have improved the value of the cryptocurrency are its scarcity, market demand, and the marginal cost of production. This is why the cryptocurrency, which traded less than $1 in 2011, currently trades around $42,000.

Although Bitcoin still remains the king of the crypto market by far, it has performed below expectations this year. Even though the digital asset has seen some price gains, there are tokens that have done better this year. Below are the top three tokens that have posted a massive performance since the start of 2022;

Launched in 2015 by Vitalik Buterin and Gavin Wood, Ethereum is the leading altcoin in the crypto ecosystem. It is a decentralized ecosystem that enables smart contracts and decentralized applications (DApps). These smart contracts and DApps are done without control and third-party interference. Ethereum currently plays host to multiple DeFi products and DApps, making waves in the crypto sphere. Ether is its native and governance token and subsequently powers the network. The token is the fuel and tool that developers use for activities within the network. The network transitioned from proof of work (PoW) to a proof-of-stake (PoS) consensus mechanism to increase its speed and value.

Since that move in December 2020, the network has improved transaction speed coupled with low-energy consumption. Contrary to Bitcoin’s PoW mechanism, Ethereum’s PoS allows users to stake their Ether to the network. Staking their Ether helps network security and transactions are swift. In return for their stake, users earn rewards in Ether, proportionate to their stake. Ethereum has a circulating supply of 120,029,527 ETH coins and no maximum supply. It is available for purchase and trading on Binance, Coinbase, OKEx, Kraken, and many other crypto exchanges.

Ethereum remains the most successful altcoins amongst thousands of them, and that status quo will not change soon. The token has risen remarkably from its less than a dollar price in 2015 to an All-Time High (ATH) price today. The launch of the Ethereum 2.0 Beacon Chain in December 2020 also propagated the current success of the network. Beacon Chain was launched to allow users to begin staking on the network. That move has seen the token rise remarkably in prices by about 500% since 2020, hitting several All-Time highs (ATH). 24hours trading volumes is at $11,574,859,675.94, with market cap at $353,610,312,572.63. Its plan to fully implement Ethereum 2.0 in 2022 will also see the token hit several ATHs in 2022. Despite the bull run of the altcoin, it currently trades at an ATH price of $2,956 at writing.

Lucky Block currently operates on Binance Smart Chain (BSC), envisioning a global lottery with players using Blockchain protocols. It aims to build transparency and trust in gaming, a trait that is rare in the space. With the application of Blockchain technology, it has built a system where players have equal opportunity in lotteries and gaming. One of the unique features of Lucky Block is its application of blockchain in ensuring the existence of fairness. The protocol believes that fairness is paramount in the relationship between a lottery and the players.

There is a reduced chance of forgery, tampering, or information between both parties. The native and governance token of the network is LBLOCK and has about 100,000,000,000 coins in circulation. 20% of the token circulation is for its team allocation and partners. 22.5% is for Marketing and presale. 2.5% is for its development team and locked liquidity pancake swap. The last 10% is for private sales. LBLOCK is the fastest-growing cryptocurrency in the history of the crypto market. It is currently available on Pancakeswap, LBank, and many other crypto exchanges.

Why You Should Invest In $LBLOCK In 2022

LBLOCK is still a relatively new token in the crypto market but has since thrived. Since the token began trading in February 2022, no other cryptocurrency has displaced it in terms of performance. This further cements how important the token will be for investors in 2022. 24hour trading volumes have surged high as $1,789,872.54, as its market capitalization is now at $362,882,574.30. The in-built burn rate of the network means that its supply decreases over time. The implication is that the token’s price will continue to increase over time. This is why LBLOCK will be one of the most important and best altcoins to buy in 2022. The token is trading at an All-Time High (ATH) price of $0.003776, expected to hit $0.5 by December 2022.

The growth of the DeFI space has been remarkable, as many of the protocols therein have continued to be successful. Since its launch in 2017, AAve has been one of the DeFi protocols providing bespoke services to the crypto community. Aave is a DeFI protocol that allows crypto users to lend and borrow cryptocurrencies, earning rewards. Lenders on the protocol earn rewards by depositing their digital assets into a liquidity pool. Alternatively, borrowers use their digital assets as collateral to take out flash loans from this liquidity. The Total Value Locked (TVL) in the protocol is $12,924,407,830. The native token of the protocol is AAVE and is one of the most valuable tokens in the DeFi space. It has a circulating supply of 13,648,585 AAVE coins and a maximum supply of 16,000,000 AAVE coins. It is currently available for purchase on CoinDCX, Binance, CoinBene, and OKEx exchanges.

AAVE ended 2021 as one of the best DeFi tokens of the year and has continued in the same vein. In 2020, the project became the most valuable, as it witnessed the highest amount in TVL. Since then, the project has seen patronage by many investors, which has massively impacted AAVE. The fact that people can lend and borrow up to 20 cryptocurrencies remains a big selling point of the project. Crypto analysts predict that the token will hit more highs in 2022 as demand continues to shoot up. Its 24hour trading volume is at $266,320,762.13, while market capitalization is now at $2,501,861,742.81. Aave has fallen far from its ATH price of $666.86 attained ten months ago and now floats around $160 today. However, there is optimism in the AAVE community from investors, as they predict it to end 2022 on $500 minimum.

Bitcoin remains the most valuable and leading cryptocurrency in the crypto market, and it continues to dominate the market. However, many altcoins are springing up and holding immense value. Ethereum, Aave, and LBlock are the top 3 cryptocurrencies that have outperformed Bitcoin this year. The trajectory they began with in 2021 was a very good factor, as crypto analysts predict they will finish it in the same vein. However, if that will happen, only time will tell.