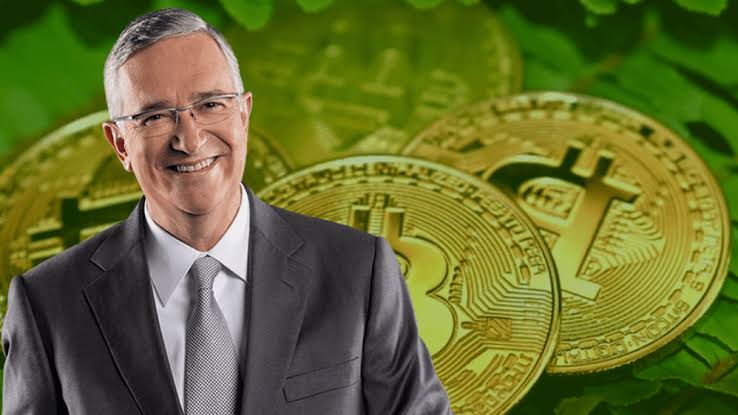 Ricardo Salinas confirmed that he is now at maximum with bitcoin and Bitcoin backed securities in his liquid fund portfolio.

Ricardo Salinas is a Mexican billionaire businessman, founder, and chairman of Grupo Salinas, a group of companies. He is currently standing at 3rd rank in terms of the wealthiest person in Mexico. He has also Bitcoin lover since 2013. In 2013 he purchased Bitcoin at price of $500/BTC.

On 7 April, In speaking on Miami Bitcoin 2022, Ricardo said that he doesn’t own any bond and also he always preferred to have an investment in Bitcoin.

In 2020, Ricardo confirmed that his 10% portfolio investment was in only Bitcoin, and at that time he described Bitcoin as an asset that “protects the citizen from government expropriation.”

But now in the latest statement, he said that he is currently holding Bitcoin and Bitcoin-backed securities by 60% in his liquid portfolio.

“I don’t have any bonds,” Ricardo said today. “I have a liquid portfolio—I have 60% in Bitcoin and Bitcoin equities, and then 40% in hard asset stocks like oil and gas and gold miners, and that’s where I am”

Yesterday, a Mexican Billionaire took to Twitter and thanked the event to allow him to talk on Bitcoin and also suggested people invest in Bitcoin to remain away from the control of governments.

However, the statement passed by Indira was appreciable and full of confidence for the Bitcoin supporters but how much it was real, still unconfirmed.