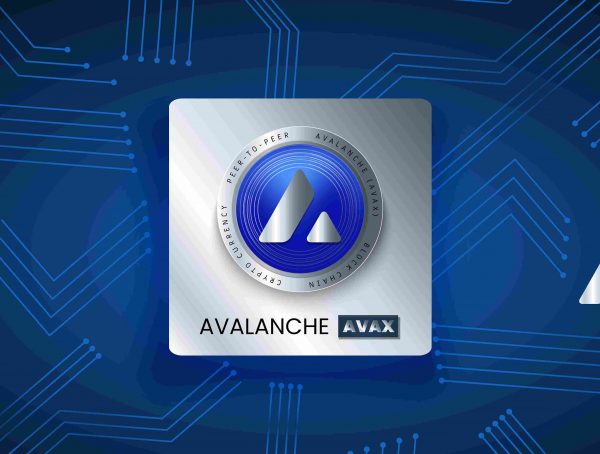 Launched in September 2020, Avalanche is a blockchain protocol that solves scalability, security, and decentralization. Its speed, versatility, affordability, and accessibility have solved these pertinent issues in the crypto ecosystem. In conjunction with three individuals- Kevin Sekniqi, Marfan Yin, and Emin GünSirer, the Ava Labs team are the network’s founders. Any smart contract-enabled Decentralized Application (DApp) can outperform its competition by deploying on Avalanche. It is a cryptocurrency and blockchain platform similar in operation to Ethereum. Like Ethereum is currently transitioning into, it executes its operation via a Proof of Stake (PoS) consensus mechanism.

The network also utilizes smart contracts in its operation, a feature common with Ethereum. These smart contracts run the Decentralized Applications (dApps) on its network and are written in Solidity language like Ethereum. The network is also similar to Ethereum, as it hosts and integrates Defi platforms. Defi household names like Aave and Curve currently operate on the network. A strong feature of the blockchain is its speed, as it is capable of near-instant transaction completion. It currently processes an astonishing 4,500 transactions in a second. It is also an open-source project that allows random users to view and contribute to its code. The native and governance token of the Blockchain is AVAX, and it also powers its ecosystem.

How Does Avalanche Work?

Despite the complexity of the platform’s design, three main aspects make it very unique. One of such is its consensus mechanism. The network uses a Proof-of-Stake (PoS) consensus mechanism, which allows its operation to flow seamlessly. It also uses a novel consensus mechanism that builds on this PoS foundation. A validator node receives transactions that originate from users. This validator node samples a small and random set of other validators, not neglecting agreement checks. These validators continue this sampling until they reach a consensus. The Proof of Uptime currently measures Validator rewards according to the time a node has staked its tokens. Alternatively, the Proof of Correctness measures the degree of compliance of nodes to the protocol’s rules.

Avalanche users can also launch customized chains that operate via their own bespoke rules. It is worth noting that Ethereum 2.0 and Polkadot-owned Parachains already allows user to do the same. Avalanche also operates via three different blockchains to address the limitations of the blockchain dilemmas. These chains are; Exchange Chain (X-Chain), Contract Chain (C-Chain), and Platform Chain (P-Chain). The X-chain is where assets like AVAX are created and exchanged. The C-chain enables the creation and execution of smart contracts. Alternatively, the P-chain foster the creation and management of subnets while coordinator validators and their activities.

Avalanche currently boasts of speed, high stability, and interoperability. The blockchain also avails its users with the power to govern the minting of new tokens. They can do this by voting on the number of tokens paid as a reward to validators. Transactions cost on Avalanche varies, and they depend on several factors which determine them. Factors like network congestion and transaction type play a huge role in the transaction cost. Avalanche users also vote to decide on the protocols fee, ensuring that the prices vary.

Network participants on Avalanche earn rewards for processing AVAX transactions. Factors like high uptime and fast response times can boost these rewards for the participants. The consensus mechanism of the blockchain is also unique, as multiple random subsets of users have to confirm transactions before completion. The network is also fast, and its transaction speed thwarts its competitor- Ethereum. It is also interoperable, as it can support many blockchain-based projects. Avalanche currently supports decentralized, peer-to-peer trading between AVAX and other Ethereum-compactible tokens.

One of the limitations of Avalanche is the stiff competition it faces from household names like Ethereum. Ethereum is popular amongst many in the crypto space and is mostly preferred ahead of a new player like Avalanche. One of the limitations of AVAX is the cost and requirement to be a validator on the blockchain. Validators must stake 2,000 tokens to become one on the platform, a cost many will consider expensive. The carelessness of these validators is also another concern for Avalanche users. Under the jurisdiction of Avalanche, there is no penalty for these offenses.

AVAX is the native and utility token of the Avalanche platform. The token’s use is not only for governance, as it also powers transactions in the Avalanche chain. Validators and users of the protocol also earn rewards of about 11% Annual Percentage Yield (APY) in the Ethereum-compatible token. It is a scarce token whose uses include securing the network via staking and paying fees. AVAX also serves as the common unit of account for all subnets, improving interoperability in the network. This is because transaction fees and subnets subscriptions are all payable in the token.

To become a validator on Avalanche, one will have to stake AVAX or delegate it. AVAX has a maximum supply of 720 million coins and a circulating supply of 267,355,910 AVAX coins. Users and validators will generate the remaining tokens by minting them in the form of staking rewards. Unlike other cryptocurrencies that pay transaction fees to validators, AVAX fees are burned. The idea behind this is to increase the scarcity of the token and thus boost its value. It is available for purchase on many exchanges, including Kraken, Binance, and OKEx.

How To Buy AVAX

Since September 30, 2021, AVAX has been available for purchase and trading on Binance. However, listed below are the steps to buying the token;

Signing up on Binance is the first for new users. This process is usually seamless and complete after supplying a few KYC details. You will also need to verify the information you provided. It is worth noting that only verified accounts will have access to the Binance trading platform. However, existing users will only need to log in to their accounts.

After creating an account and logging in, you will need to fund your Binance account. This will enable the purchase process to be very seamless. Funding is very easy, and with either a bank transfer or any compatible debit/credit card, your account now has funds.

After funding, you can then purchase your AVAX tokens. The new asses will automatically reflect on your account, and you can decide to either hold, trade, or sell it. You will also need to ensure that you have a wallet, enabling you to store it securely.

2021 was a great year for AVAX, as the token gained more than 3000%. That feat alone moved its market cap high and forced it into the top 10 in the crypto market. It has also made the token very attractive, as crypto investors now flock around it. However, despite a few slumps, the token might do something remarkable in 2022. Since it began trading, its ROI is 19650% compared with today’s prices, as the token remains hugely valuable. Since 2021, it has become one of the most sought-after cryptocurrencies in the market, a claim its trading volume supports. Its 24hour trading volume has now crossed $1.6 billion, as its market cap is now at a whopping $39,094,314,054.82. Its price today- $98.83, is still behind its All-Time High price of $146.2, attained in November 2021. However, that cannot remove the optimism around the token for 2022.

WalletInvestor expectS AVAX to smash its ATH in 2022 and end the year at $275. WalletInvestor, like many crypto analysts, is optimistic about the future of the Ethereum-Esque token. However, they believe that it won’t reach $500 in 2022. GovCapital also mirrors the predictions of WalletInvestor, as they have so much faith in the future of the token. Surprisingly, they predict it to end in 2022 at $305, as they believe $500 is a lofty height. Many crypto analysts also believe in the future of AVAX, as they expect the token to dominate 2022. AVAX is a worthy investment with a good future ROI. However, reaching $500 in 2022 will be a great height for the token. Whether that will happen or not, only time will tell. Investors should only commit spare funds to the token, as nothing is certain about the future of any cryptocurrency.

Launched in 2020 by Ava Labs, Avalanche is a blockchain platform for decentralized applications (dApps) and many other blockchain networks. It aims to provide a scalable blockchain solution that delivers low transaction fees faster and is environmentally friendly. The native and governance token of the protocol is AVAX. AVAX is available for purchase on many exchanges, including Binance, Coinbase, and OKEx. The token’s domination in 2021 saw it break into the top 10 in the market. Fortunately for it, crypto analysts and experts also predict 2022 will see it hit more grounds. However, while there are indications it will smash its current ATH, achieving $500 is not impossible but will be hard.