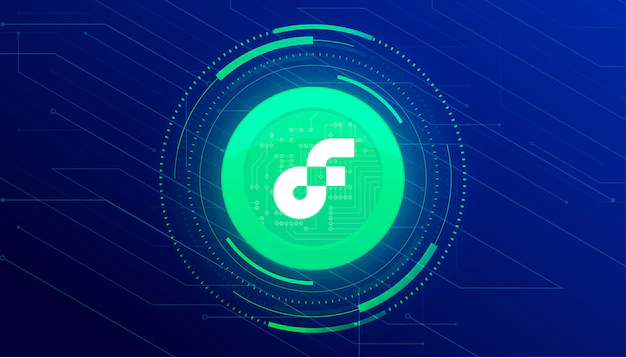 Over the years, since the creation of Bitcoin, we have witnessed the crypto market grow from being overlooked to witnessing full participation. This is because the sector has witnessed immense growth that has extended even outside the sector. Unlike before, projects in the crypto sector now look to solve real-life issues. Some of them also have real-life applications and usage. Take, for instance, the NFT market; people can sell prized material in a digital form, bringing profits to traders and artists alike. But to carry things like this out, there is a medium that supports the platform that does them. In this article, we will be looking into Flow blockchain and how it proves helpful in the crypto sector as a whole.

What is Flow Blockchain?

How Does Flow Blockchain Work?

Flow is a proof of stake consensus mechanism on its network. This means that validators will need to stake FLOW tokens to participate and earn staking rewards. However, validation is not the same across blockchains, with Flow a typical example. The task is split across four nodes by the network to achieve validation on Flow. The types of validation include consensus, verification, execution, and collection. For a transaction to be validated entirely, all nodes must participate in the process. According to Dapper Labs, splitting up the tasks makes Flow unique and makes transactions faster than on other blockchains. That is why it does not use sharding, which would have shared the storage needs of a blockchain across several nodes. One other reason Flow does not use sharding is that it wants its transactions consistent, which means that developers would be able to develop applications on different networks.

As mentioned above, Flow does not use sharding in its operations but uses a multi-node system to ensure smoother, cheaper, and faster transactions. This means that its validation stages are broken down into subdivisions. Below are the ways transactions are carried out on the Flow blockchain;

Flow has been in the market before this year and has thrived so much based on its technology. The blockchain entered the market in 2017 after Dapper Labs created it. Dapper Labs created a decentralized gaming sector coupled with its NFT market. In a bid to achieve that, it birthed CryptoKitties. CryptoKitties was created on Ethereum, earning many users and attaining success. However, the story soon went sour after the congestion was a factor that dragged the project back. The transaction led to a massive surge in transaction fees and slow transactions. To remove all the issues pegging it back, Dapper Labs decided to make a blockchain that it would customize to its taste, which brought about the birth of Flow blockchain. Flow has supported Dapper Laps projects and is also open to developers who intend to debut their dApps on the blockchain.

What is FLOW Crypto?

The FLOW crypto is the native token used to carry out transactions on the Flow blockchain. The currency serves as the benchmark for a new digital future that is inclusive and borderless. Assuming the flow network is the digital layout, the FLOW crypto enables the day-to-day running of the activities across the blockchain. As an asset used across the blockchain, traders can use FLOW for payments across borders. All the dApps on the flow blockchain use FLOW as their main go-to native token.

The network also has some FLOW tokens in its reserve in case of a rainy day. Traders use the token to participate in several activities across the blockchain and earn rewards. Traders use the FLOW token to pay for gas fees across the blockchain. The FLOW token is presently trading around $6.17, seeing a decline of about 1.19% in the last 24 hours. In the last 24 hours, its market cap and trading volume are around $2,214,736,046 and $36,183,318. The number of FLOW tokens in circulation is presently 358,986,557.

Where Can I Purchase Flow Token?

Choosing what crypto to trade is one of the easiest things in the market, but the task lies in where you intend to purchase the token. Like most tokens, FLOW crypto is available on numerous centralized exchanges for traders to purchase. Some of the exchanges include Binance, where traders can pair the time with options such as BTC, USDT, BUSD, and some other tokens. On Kraken, users can trade FLOW against popular fiat currencies such as the dollar, euro, and pound. Traders who intend to trade the asset against BTC and other tokens can do so on Kraken. Huobi also provides traders with the option to buy FLOW crypto, with traders able to pair the asset with Tether, Bitcoin, and Ethereum. Other crypto exchanges that allow buying and trading the assets include OKEx and Upbit.

Although FLOW has moved more in a bullish direction in the last few weeks, the token is presently trading at $6.59, with a decline of 3.38% in the last 24 hours. The blockchain recently bagged a partnership deal with the NFT platform, Cheeze. Flow securing more partnerships could spur the growth of its native token, it could trade at an average price of $10 in 2022, and if it experiences a bullish run, it could trade above $20.

With 2023 probably ushering in more projects and users, there is growing speculation that the token could touch as high as $30. Investors still backing the crypto due to so many factors presently could see the token witness another massive climb to end the year at around $38.7. 2025 could see the digital asset touch close to its previous all-time high at $39. However, should a massive surge occur, FLOW could go as high as $45.

Is FLOW crypto a good investment?

The flow blockchain does not want to rest on its oars yet as it continues to intensify the network’s capabilities. Asides from the network, the platform has been inking partnerships with firms across the world. This will help push more developers to the blockchain and, in turn, make a case for the native token of the platform touching sky high in the coming years. It is safe to say that going by the price analysis of the token so far; it is a good investment. However, this advice says that you should only invest your spare cash in it. This is because the market is unpredictable and tricky and could be volatile at any point.

The Flow network has been making huge strides in the crypto sector for a while now. This is due to the many benefits of using its blockchain across the market. One noticeable thing is that its native FLOW crypto might become the next big thing in the market in the coming years. With many partnerships inked, the token could reach the height of most top tokens. However, traders should be careful and carry out in-depth research into any token before purchasing them. It is also advisable that you diversify your wallet in case of a general market downturn.

What is FLOW Crypto? Enter The Flow Ecosystem!