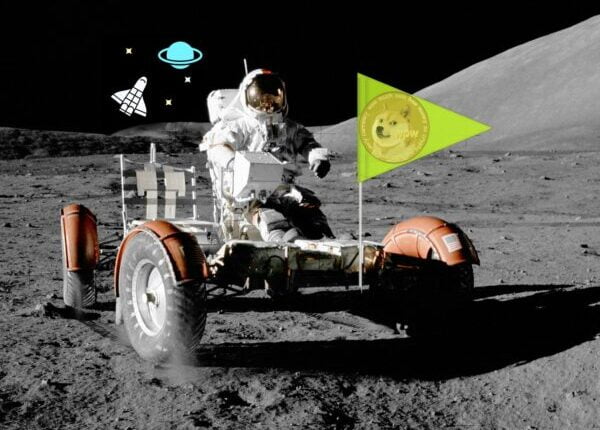 Dogecoin foundation confirmed its team efforts on Dogecoin use in offline payment transactions and trade with the use of Radio wave technology.

Dogecoin is a popular first ranked meme coin because of the support of Tesla CEO Elon Musk. Elon Musk started to support Dogecoin in 2020 and still, he is bullish with his support for Dogecoin, in the payment system. Right now some Merchs of Tesla are buyable in Dogecoin, which is still an initial phase for Dogecoin adoption in real payment methods.

This week, Dogecoin Foundation, a non-profit organization behind the Dogecoin project, published a blog on Dogecoin-based development works and confirmed that they are working to make Dogecoin use payment systems with the use of Starlink, a subsidiary of Elon Musk’s SpaceX.

The blog noted that the team is working on the RadioDoge concept. This concept will enable DOGE transactions facilities without the use of an internet connection.

Announcement through the blog admitted that these things are still in initial phases because lots of work has to be done to see this thing in reality, where Dogecoin transactions with cheap and reliable Radio technology  (HF/LoRaWAN) with the Integrated support of Starlink.

The main goal of this development work will be to bring Dogecoin at worldwide level use cases to use in the payment system even by getting out from the infrastructure payment system of internet.

“wide-scale access to Dogecoin for people outside the reach of the traditional internet infrastructure.”

The whole details were provided by two developers of the Dogecoin Foundation, developers Michi Lumin and Timothy Stebbing.

A person on Twitter asked Timothy about RadioDoge technology. Then in response, Timothy explained and said that Dogecoin will use radio technology to link the Dogecoin network. So this will make Dogecoin able to trade without access to internet services.