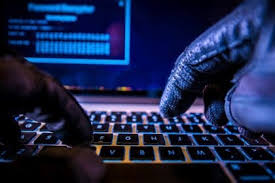 Currency.com revealed that the platform faced DDoS attacks from Russian Cyberattacks but everything is safe.

Today is the 54th day of the Russia vs Ukraine war and due to Russian military invasions onUkraine, many big companies like Visa, MasterCard, etc are continuously suspending their services from Russia and for Russian users.

Around a week ago, Currency.com announced to suspend its services for Russian users because of the Russia Vs Ukraine conflict, to bring a cold situation between these two countries.

In response to this decision of Currency.com, Russian cyberattackers tried to attack the Currency.com platform’ servers and services with the use of the DDos technique, to slow down its services with multiple rapid requests.

On 17 April, Currency.com revealed that its platform faced a Ddos attack but the attack failed. The company also ensured that failed attacks by performed by the Russian hackers.

Viktor Prokopenya, the Currency.com  founder, commented on this failed incident and noted that the platform is aware of the security of the users at the platform.

“Currency.com has identified security as a big concern for investors when choosing a trading platform. We are a global business whose executives have years of experience in creating transparent, secure, and powerful trading systems.”

Currency.com founder also appreciated the security systems and measures of the platform to remain away from such attacks.

“Thanks to Currency.com’s robust security measures, we were able to thwart the attempted DDoS attack. All our servers, systems, and client data remain intact and uncompromised.”

Currency.com was on the list of one of the biggest crypto exchanges in Russia, which decided to suspend operations because of the Russia vs Ukraine conflict. Earlier this Binance and Coinbase like big exchanges decided to suspend services but only for targeted users and organizations of Russia.