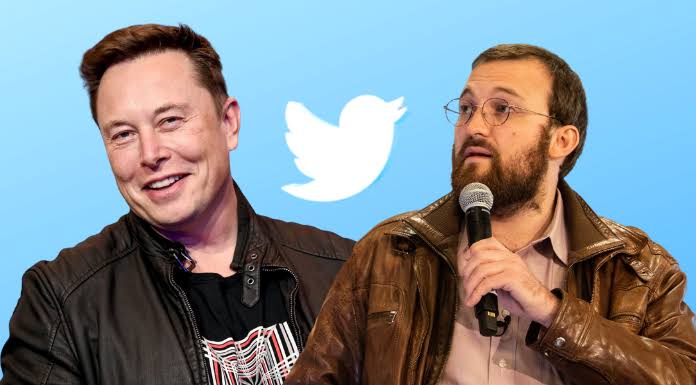 Charles Hoskinson responded to the news that Elon Musk is much closer to buy the Twitter platform.

Charles Hoskinson is the founder of popular crypto blockchain Networks Cardano and he is also one of the co-founders of the Ethereum blockchain network. A few years ago he left the Ethereum project to work on his project with a new idea to bring a better use case of blockchain technology to business levels.

“Twitter is in talks to finalize a deal with Elon Musk to sell him 100% of the company after originally rejecting his offer.”

To that tweet, Charles Hoskinson responded with a Gif picture, which was clearly showing that Cardano’s founder is in support of Elon and also he is feeling good for Elon’ twitter acquisition plan.

Earlier, when Elon Musk initially offered to buy Twitter at that time majority of the reports claimed that Twitter will reject the offer of Tesla CEO. Then in that situation, Charles tweeted in favor of Elon Musk and said that if Twitter will reject his offer then he will help Elon to build an open-source social media platform.

However, Elon didn’t respond to anything on Twitter & Dogecoin-related integration plan but still, many experts claimed that Elon will integrate some better features for Dogecoin into the inbuilt system of Twitter.

Yesterday, when the majority of the reports claimed that Elon Musk is much closer to buy Twitter, Dogecoin pumped hard even under the Market crash situation.

Read also: Only one hard asset on this planet is Bitcoin, says InvestAnswers host