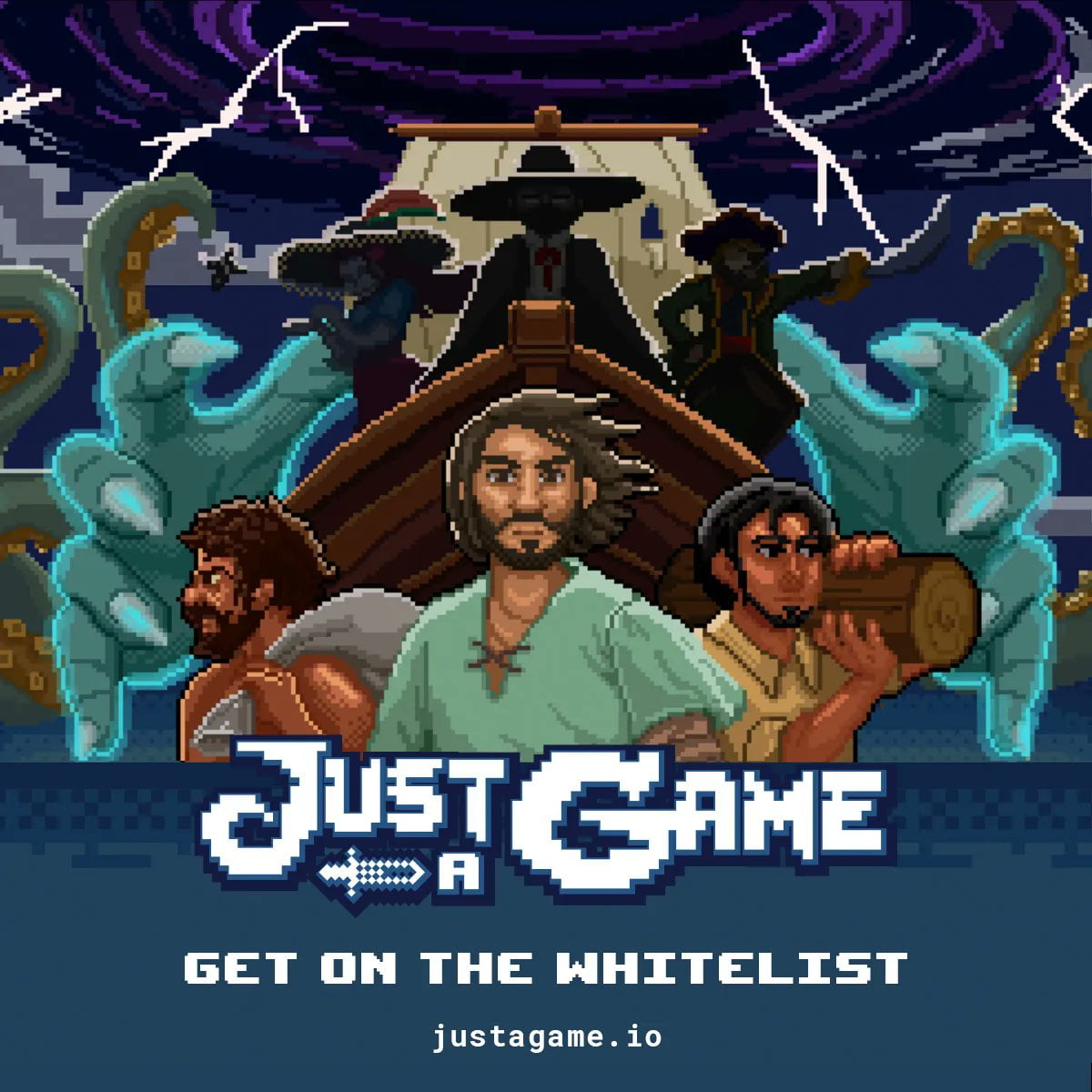 Just a Game is a blockchain gaming platform aiming to develop and launch games that are fun and interactive through their innovative NFT technology. So far, the platform has produced its first game, The Founders, to start its journey. Notably, the game concept came up from the need to make a gaming platform that puts the community first.

Usually, blockchain projects prioritize the early venture capital investors.Community members are rarely given the ability to participate in token allocations until the IDO itself, or after the project is launched.

The first 2 investment rounds before a token launch are reserved for private investors. We’ve decided to flip this on it’s head by giving early community access to tokens before the IDO. We call this the Founders Round. For everyone that purchases an in game NFT for the Founders game, they’ll receive an equal worth of guaranteed token allocations that will be reserved for them to be airdropped after the IDO.

In this article, we shall get a 360-degree review of Just a Game. We shall go into its features, benefits, cons and look into the roadmap, among other things.

Features of Just a Game

Just a Game’s first game on the platform is the Founders, a collection NFT game of survival. The NFT holders, 3000 in total, that engage in the game have the opportunity to get into one of the four galleon ships. These ships will sail for a brave new world to look for treasure, not for the faint-hearted.

Players have a chance to emerge as the winner after ten rounds of elimination in the game. However, all NFT holders will still get access to future tokens of the JustaGame Platform. This allows all ‘Founders NFT’ holders to literally become the ‘founders’ of the platform. In addition, these NFTs will evolve through each round, and as time goes on, be used in future gameplay. The further you progress in the game, the rarer your NFT.

Just a Game employs NFTs as an entry point into existing and future games. The game created the first set of NFTs adaptable enough to develop and evolve across all future games in the game’s ecosystem.

Each NFT can evolve based on games played, upgrades gained or acquired, and involvement in determining the ecosystem’s future path. The team has baked in 10 attributes to each NFT in a randomized fashion.These attributes will come into play in future games and player actions.

The JAG Token — Powering the Just a Game Ecosystem

Just a Game’s ecosystem and development are powered by a utility token, dubbed JAG, that will launch soon. The token spots several use cases. As a start, governance and voting will be done through the JAG token. Through this, folks can participate in the development and decisions made regarding the ecosystem.

Those that engage in the Founders game by purchasing NFTs will receive a guarantee of future token allocation from the platform. It gives everyone the opportunity to become the founders of the Just a Game platform.

Benefits of Just a Game

Traditionally, in-game purchases remain locked in a single gaming world after they are made. Using NFTs in gaming settings, on the other hand, gives gamers control of their in-game assets rather than game producers.

Gamers may use Just a Game to preserve in-game purchases, sell them to other players, or transfer them to other compatible games. Furthermore, the platform offers game NFTs that can evolve and increase in rarity over time.

Governance is Based on Players

Most traditional video games are controlled by their developers, who develop the rules and require their users to upgrade to the latest version to keep up with the changes. However, blockchain games are decentralized, allowing the players to make their own decisions. It eliminates the need for developers to control the game.

Developers also can’t cancel games, as they will still be able to keep running as long as they maintain their popularity. Hence, blockchain games will fade away only when users fade.

Traditional gaming platforms maintain ownership of money and game assets. For Just a Game, players retain total ownership of their digital assets. They can freely trade them among players, sell them and even use them across game universes.

Roadmap: What is Next?

For the second quarter of 2022, Just a Game plans to release its game. The team is already hard at work on Season 2 shortly thereafter.

Just a Game’s forefront goal is to build the ecosystem from scratch through their community. For this reason, all eligible NFT holders will receive a future guaranteed allocation of tokens. Another goal is to launch an IDO soon. Instead of VCs taking the bulk of the pre-IDO tokens for themselves, the platform proposes that it also be shared by early Founders who purchase the initial Founders NFT

As time goes on, Just a Game will begin adding more games to its platform. It will give current players access to the evolving NFTs. The platform believes that each NFT is capable of getting into any game in its ecosystem. Through the addition of specific attributes, there is a chance to use the NFTs in future games. Notably, they can range from games of chance, adventure card games, RPG, shooter games to Metaverse games.

Meanwhile, Just a Game plans to continue building a treasury through future game participation. Incubating other game developers in this community treasury will help the game become the premier gaming incubator in the blockchain space.

Just a Game positions itself as a blockchain gaming platform that intends to build and launch fun, interactive games through its innovative NFT technology. This dynamic ushers in a paradigm change, allowing players to better capture the utility and worth of goods obtained through in-game purchases, normal gaming, or promotional events. Because of its benefits, blockchain games are quickly gaining popularity among gamers. Hence, Just a Game has a great shot in the fast-growing blockchain gaming industry.

Disclaimer: This article is not intended to be a source of investment, financial, technical, tax, or legal advice. All of this content is for informational purposes only. Readers should do their own research. The Capital is not responsible, directly or indirectly, for any damage or loss caused or alleged to be caused by reliance on any information mentioned in this article.

Originally Published at
The Capital