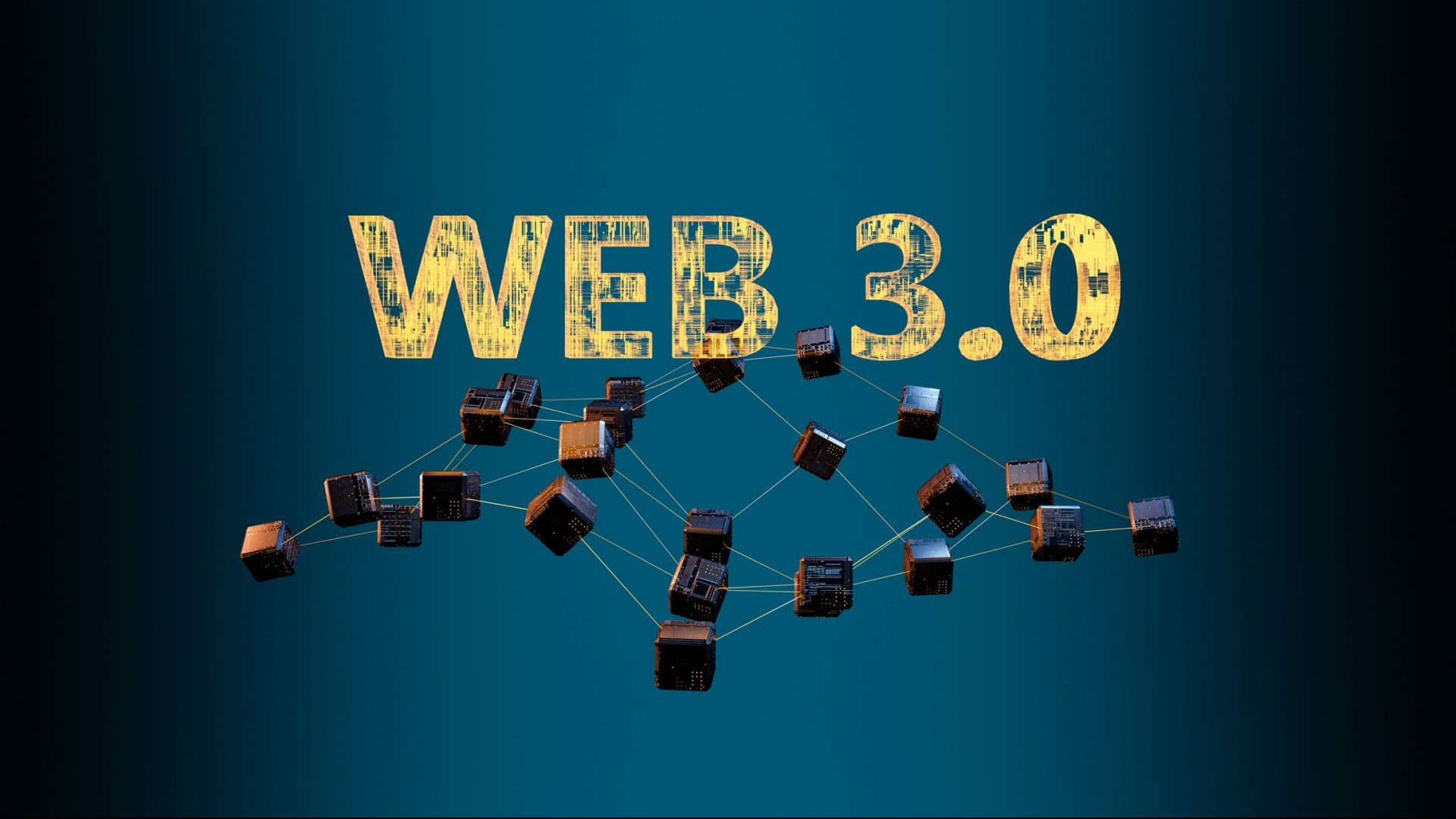 The advent of the internet has made it easier for everyone to access information. These days, a new type of internet that understands whatever you convey through text, voice, or other media is more trending. This new web evolution is called web 3.0. The web 3.0 applications are still in the early stage and until it becomes fully embedded in the web infrastructure their true potential cannot be observed. Web 3.0 will be the future of the internet that will create and distribute machine-readable data. This new revolution aims to reduce the large burdens of data on users and transfer it to machines.

In this article, let’s explore more about the futuristic model of the internet.

Web 3.0 is the third generation internet that follows the concept of decentralization where websites and apps will be able to process information in a smart human-like way through technologies like machine learning (ML), Big Data, and decentralized ledger technology (DLT), etc. Web 3.0 was originally named the Semantic Web by World Wide Web inventor Tim Berners-Lee. It aimed at being a more autonomous, intelligent, and open internet.

Web 3.0 will present data in an entirely new framework. The data is then controlled by both users and website handlers with no one’s autonomy. In web 3.0 central authorities will not decide who will access what services nor it requires an intermediary to carry out virtual transactions between two or more parties. Many major institutions and ventures are investing in web 3.0 which indicates that the future of this revolution is bright.

The worldwide web has transformed the way people exchange, read, and write information and communicate with others over the internet. Web 3.0 is the upgraded version of its precursors: web 1.0 and 2.0. Let’s discover what are web 1.0 and 2.0 to understand the evolution of web 3.0.

Web 1.0 was the first and most reliable internet in the 1990s which was called the Static Web. It offered access to limited information with little to no user interaction. Creating user pages or commenting on the blogs was not possible during web 1.0. It was not possible to navigate to different web pages because it didn’t have the relevant algorithms. Hence, the users found it difficult to find relevant information.

Web 2.0 is called the Social Web which was made more interactive because of the advent of new web technologies like Javascript, HTML5, CSS3, etc. These technologies enabled startups to build interactive web platforms such as YouTube, Facebook, Wikipedia, and many more. Here, both social networks and user content production can flourish as data is distributed and shared between various platforms and applications.

The web 3.0 revolutions will make the internet more intelligent and process data with near-human-like intelligence using AI systems that run smart programs to assist users. Tim Berners-Lee believes that the Semantic Web is meant to “automatically” interface with systems, people, and home devices. Hence, content creation and decision-making processes will involve both humans and machines. It would enable the intelligent creation and distribution of highly-tailored content straight to every internet consumer.

Web 3.0 is incomplete without cryptocurrencies because its protocols rely on cryptocurrencies. It offers tokens to anyone who wishes to create, govern, contribute or improve the projects. The web 3.0 tokens aim to create a decentralized internet. They provide services like computation, bandwidth, storage, identification, hosting, and other cloud services.

It allows users to earn a living by taking part technically and non-technically. Consumers will pay to use the protocol much like a cloud provider such as Amazon Web Services. Web 3.0 relies on nonfungible tokens (NFTs), digital currencies, and other blockchain entities. For instance, Reddit is planning to enter web 3.0 by employing cryptocurrency tokens to allow users to control pieces of the on-site communities in which they participate.

Here, users can use “community points,” which they would earn by posting on a specific subreddit. Then, the user will make points based on the upvotes or downvotes of a particular post. These points can be used as voting shares and they are stored on the blockchain. As they are on the blockchain, their owners have more control over them, they can’t be taken away and they track your transactions.

The transition from web 2.0 to 3.0 is happening slowly and steadily being unnoticed by the general public. They have the same look and feel as 2.0 applications, but the back-end is fundamentally different. Now, let’s explore the features of web 3.0:

Ubiquity is the act of being omnipresent. Well, web 2.0 is already ubiquitous. For example, a Facebook user can instantly capture and share a picture which then becomes ubiquitous. Anyone can access this picture from anywhere unless they have access to that social media platform.

Web 3.0 will be a step forward as it will make the internet accessible to everyone, anywhere at any time. At some point in the future, the internet-connected devices will no longer be concentrated on computers and smartphones like in Web 2.0 since IoT (Internet of Things) technology will bring forth a plethora of new types of smart devices.

Semantic refers to the study of the relationship between words. Berners-Lee says that the Semantic Web enables computers to analyze huge data from the Web, which includes content, transactions, and links between persons. Let’s understand this in a detailed way:

The order of words may be different, but their semantics are the same. Semantics deals with the meaning or emotion of the content. Applying Semantics on the web enables machines to analyze data and decode the meaning and emotions.

Web 3.0 will bring a revolution to the internet by evolving from a simple two-dimensional web to a three-dimensional cyberworld. All the web 3.0 websites and services use three-dimensional designs. Thousands of people are already interacting with the 3D world. For instance, online games like Second Life or World of Warcraft are more concerned with virtual avatars rather than real-life counterparts.

Artificial Intelligence is the intelligence demonstrated by machines. Web 3.0 machines can read and decipher the meaning and emotions conveyed by a set of data, it brings forth intelligent machines. Web 2.0 also has similar capabilities but it is still human-based which has loopholes for corrupt behaviors like biased product reviews, rigged ratings, etc.

For example, there are online review platforms like Trustpilot where consumers can review any product or service. There are possibilities that companies can hire people to create positive reviews for undeserving products. Hence, AI should be able to distinguish between fake and genuine products to provide reliable data. This AI will fit into Internet 3.0 enabling blogs and other online platforms to sift data and tailor them to each user’s liking.

Web 3.0 offers many advantages to the world of the internet. They are as follows:

Web 3.0 stores data in a distributed ledger. The ledger is a peer-to-peer network where participants in the network can alter information only through the ‘Consensus Algorithm’. It gives users all ownership over the digital assets. This ownership is allowed through the use of Non-Fungible Tokens (NFTs). No one can take your ownership, not even the game’s creators. If you stop playing a web3 game, then you can sell or trade your in-game items on open markets and recoup their value.

Decentralization is the fundamental component of the Web 3.0 infrastructure. The web 3.0 digital infrastructure prioritizes privacy and security over control. It places Blockchain technology in the form of frameworks like Ethereum, Hyperledger, Corda, etc., to record transactions. The decentralized structure is immutable which makes it impossible to tamper with all sorts.

Web 3.0 is decentralized and distributed and no one can control it directly. Hence, it becomes a secure internet model where individual user accounts are encrypted privately to avoid any duplication of identities. This new internet will protect user data along with securing the user’s data against malicious cyber threats and attacks.

Web 3.0 bridges the gaps between hardware and software through independent and connected architecture. The data is spread across various devices and environments. Developers will require a stack with advanced development capabilities to make the process compatible, flexible, and seamless. With interoperability, web 3.0 exhibits ubiquity for users to access different formats of data without being restricted by hardline software or hardware requirements.

Although web 3.0 offers multiple advantages, it also has limitations that the ecosystem must address for it to flourish. Let’s take a closer look at the limitations of web 3.0:

In the past years, Apple’s voice-controlled AI assistant has broadened its abilities since the release of the iPhone 4S model. Siri is a virtual assistant that recognizes voice using artificial intelligence to perform complex and personalized commands. Siri and other AI assistants like Amazon’s Alexa and Samsung’s Bixby act instantly over requests like  “where is the nearest burger joint” or “book an appointment with Sasha Marshall at 8:00 am tomorrow”.

Wolfram Alpha is a “computational knowledge engine” that directly answers questions by computation. You can compare wolfram alpha with google results to check the difference. For example, if you search “England vs brazil” on both the applications, then you will find that Google will give results of the World Cup even if you didn’t include the keyword, since it’s a popular search. On the other hand, Alpha gives a detailed comparison between the two countries.

Web 3.0, the new version of the internet will offer a customized browsing experience, a more human-like search assistant, and other decentralized benefits to build an equitable web. With the emergence of Web 3.0, the internet will become more integrated with our daily lives. From all offline machines like ovens, vacuums, and refrigerators to all types of transport will become a part of the IoT economy. They will interact with autonomous servers and decentralized applications to build a digital future.