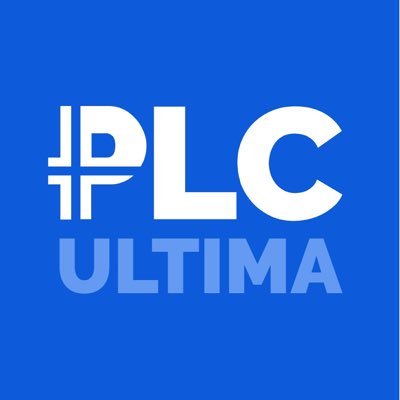 In 2021, Bitcoin rose to its highest-ever price level, doing so amid a mega bull rally for the cryptocurrency market. The same year, a new coin hit the market and literally went on to overtake bitcoin.

Now the big question: Is it still possible to earn on PLCU?

Briefly below, we highlight some of the growth factors behind this project’s meteoric market performance.

The creator of PLC Ultima is Alex Reinhardt, a serial entrepreneur and venture capitalist from Germany. Alex is a co-founder of 10 IT and FinTech projects that have a total capitalization of more than 200 million euros. He also has tremendous experience as a salesman and crypto trader. He leads a team of dedicated blockchain developers and is a public figure known in the fintech and business community.

When did PLC Ultima launch?

As noted above, PLC Ultima officially entered the market in December 2021. However, its development took more than five years and involved a solid team of blockchain developers led by Alex Reinhardt.

The PLCU currency is built on a proprietary blockchain and encompasses a unique infrastructure ecosystem designed to provide for long-term value growth.

Taking time to work on the blockchain project means the team has avoided the model some developers adopted in the wake of the initial coin offering (ICO) boom of 2017 and the meme frenzy of 2021- two market timelines that saw the emergency of coins built mainly as speculative tools. Rather than build for speculation, Reinhardt and team decided to focus on value.

What’s in the PLCU Coin ecosystem?

Each of the products was created from scratch, and, of course, it was not without mistakes. Nevertheless, ultimately, these mistakes made it possible to create an independent, stable, and robust infrastructure protected from any vulnerabilities.

PLC Ultima’s blockchain is based on the Litecoin blockchain, meaning it’s characterised by the same network stability, transparency, and high transaction processing speeds. Also important is the ability to use the Segregated Witness protocol update.

In addition, the team has implemented a fairer distribution of rewards between participants through minting backed by smart contracts. The solution has also been tested for vulnerability to all types of cyberattacks, including network splitting, hacking attempts, blockchain tampering, and keyspace attacks.

Proprietary minting is a key technology of PLC Ultima

PLC Ultima uses proprietary minting – an energy-efficient counterpart to mining that makes it possible to generate new coins on a smartphone. No need for mining farms, huge electricity costs, or concerns about environmental damage.

The user gets to purchase a digital certificate of Ultima Minter and freeze the PLCU Coins for a certain time to generate a predictable profit.  This works via smart contracts and is connected to the Ultima Wallet and Ultima Farm smartphone, ensuring users get their rewards as shown in the smart contract.

Among the benefits noted above, it’s the ability to predict earnings that’s one of the main benefits of the technology for the user.

How is the deflation of PLCU ensured?

PLCU minting employs a deflationary model where coin generation decreases every month.  The network also has a burning mechanism, with 1% of coins in every transaction burned. This has two benefits to the PLCU token:

Firstly, it helps remove coins from circulation, increases demand, and positively affects the exchange rate. On the other hand, burning helps protect the system from transactional spam.

PLC Ultima also ensures that 30% of coins are held in users’ wallets and do not participate in farming. Also, 50% of coins are permanently frozen for a year; two mechanisms that help achieve a security buffer that means PLCU’s value cannot fall too quickly and sharply due to panic sales.

PLC Ultima is about people

A project is as good as its community and PLC Ultima has one that spans over 100 countries. There are nearly one million people in the world using PLC Ultima products.

Two programs meant to help the community are – a car program and a real estate program. Through these programs, users can purchase high-end real estate and cars at a 50% discount.

The crowdfunding platform Platin Hero helps projects and people to raise funds, with participants receiving rewards for supporting such projects.

PLCU is currently listed on exchanges such as Bibox, Consbit and LBank

The post PLC Ultima, the new cryptocurrency that overtook bitcoin: Is it worth investing now, or is it too late? appeared first on The Home of Altcoins: All About Crypto, Bitcoin & Altcoins | Cointext.com.

PLC Ultima, the new cryptocurrency that overtook bitcoin: Is it worth investing now, or is it too late?