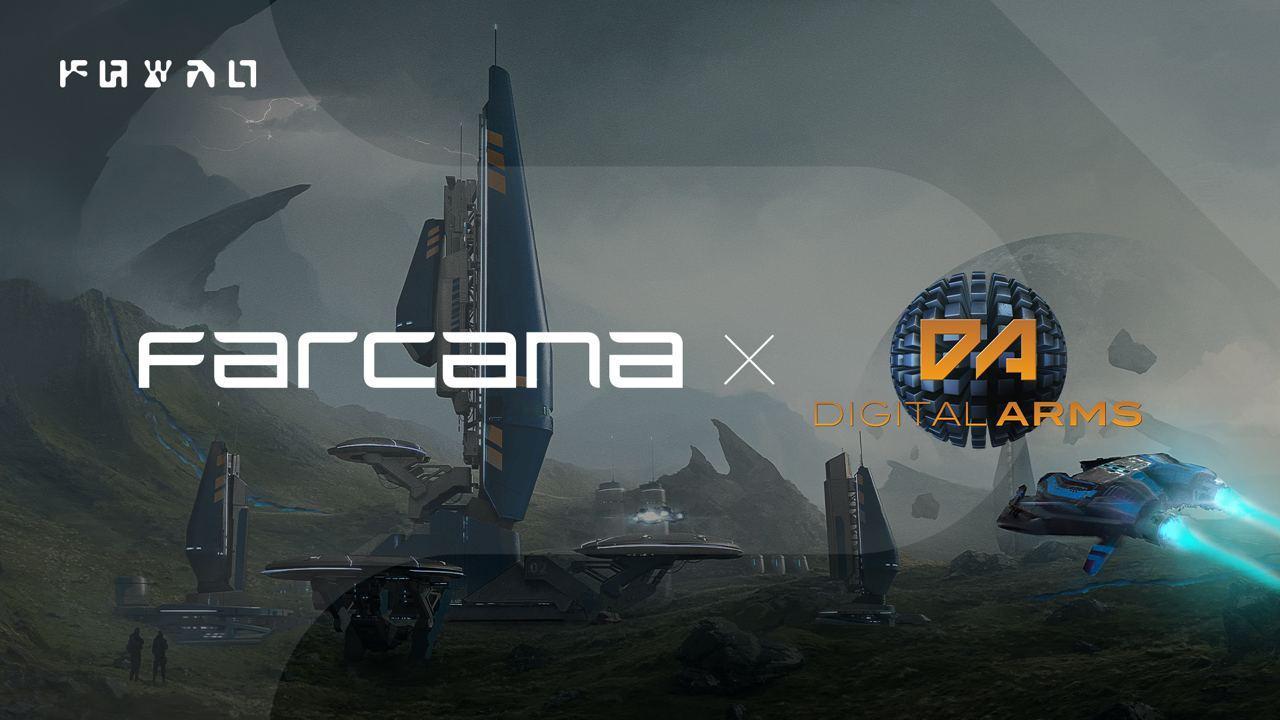 Digital Arms, a unique platform for owning IP licensed digital gun NFTs, is partnering with Farcana, a battle royale shooter with regular Bitcoin prize tournaments. The collaboration will connect the weapon NFTs between the two ecosystems, with the first proof of concept being the Barrett M82A1.

Farcana is backed by originally patented Play-to-Hash economic model based on real Bitcoin mining power. Farcana game is an open-world battle royale with shooter mechanics, where the players will seek to start a new life on terraformed Mars and earn more Infilium – the most powerful resource for creating disruptive technologies in the Galaxy and mining Bitcoin with extra speed. There are daily, monthly and yearly tournaments where players show their qualities and earn Bitcoins. While the prior game is being developed, the company introduces Farcana Mini game with opportunities to win Bitcoin prize pool replenished by Farcana’s own data center on a weekly basis.

Digital Arms is building the world’s first NFT marketplace for gun fans and shooter players, holding exclusive IP rights to worldwide leading firearm brands. The NFTs will represent popular firearms, which form a great basis for connecting the equipment across all blockchain shooters. Farcana is the first example of many such integrations, making its guns available on Digital Arms’ marketplace and giving special rewards in-game.

The Digital Arms ecosystem will grow to offer ever more utility for the NFTs and the developers who wish to use them. One of its key technical aspects is the Digital Arms SDK, which is designed to create a single template for “interoperable guns” across many NFT shooters. For the users, NFTs will have features such as forging and breeding to dynamically expand the collection according to gaming and collectible demand.

“We’re excited to be partnering with Farcana to grow the Digital Arms network,” said Chris Watkins, CEO of Digital Arms. “The gun niche is definitely underexplored in NFTs and we are banking on both collectors and shooter players to make use of the NFTs. Integrating with a high-quality battle royale shooter like Farcana is a natural step towards that.”

“The NFT market still mostly lacks utility, and we are pleased to partner with Digital Arms to change the game, both literally and figuratively,” commented Ilman Shazhaev, CEO and Founder of Farcana. “We are focused on creating the most immersive experience and providing gamers with a variety of equipment and well-known weapons. I believe, it will be a great challenge for Farcana players to test Earth’s guns in the battle royale on the surface of Mars.”

Farcana is a blockchain-based gaming project with original Play-to-Hash model, real Bitcoin prize pool and regular tournaments. Farcana is backed by the patented deflation Play-to-Hash economic model based on real Bitcoin mining power. It connects the Web2 gaming quality with the Web3 economy and technologies. There are daily, monthly and yearly battle royale tournaments where players fight for Bitcoin.

Farcana’s ambassadors are leading physical and eSports athletes including Zeus (CS:GO player), and UFC athletes Albert Duraev and Khamzat Chimaev. The game is set on a terraformed Mars, where all the mankind divided to four fractions are entering the battle royale for Bitcoin mined with the energy of Infilium – the most powerful resource in the Galaxy.

Digital Arms hosts exclusive IP rights to the world’s leading firearm brands. It has created a large, interactive NFT marketplace where users can explore, purchase, and trade digital firearms and accessories as NFTs. This will help facilitate NFT firearm gaming interoperability, and build new use cases for the metaverse, gaming and guild platforms. Digital Arms appeals to firearm enthusiasts and the shooter gaming community.

Previous PostUS Treasury seeks to get public opinion on cryptoNext PostBitcoin could fall to $13,676: Finder.com