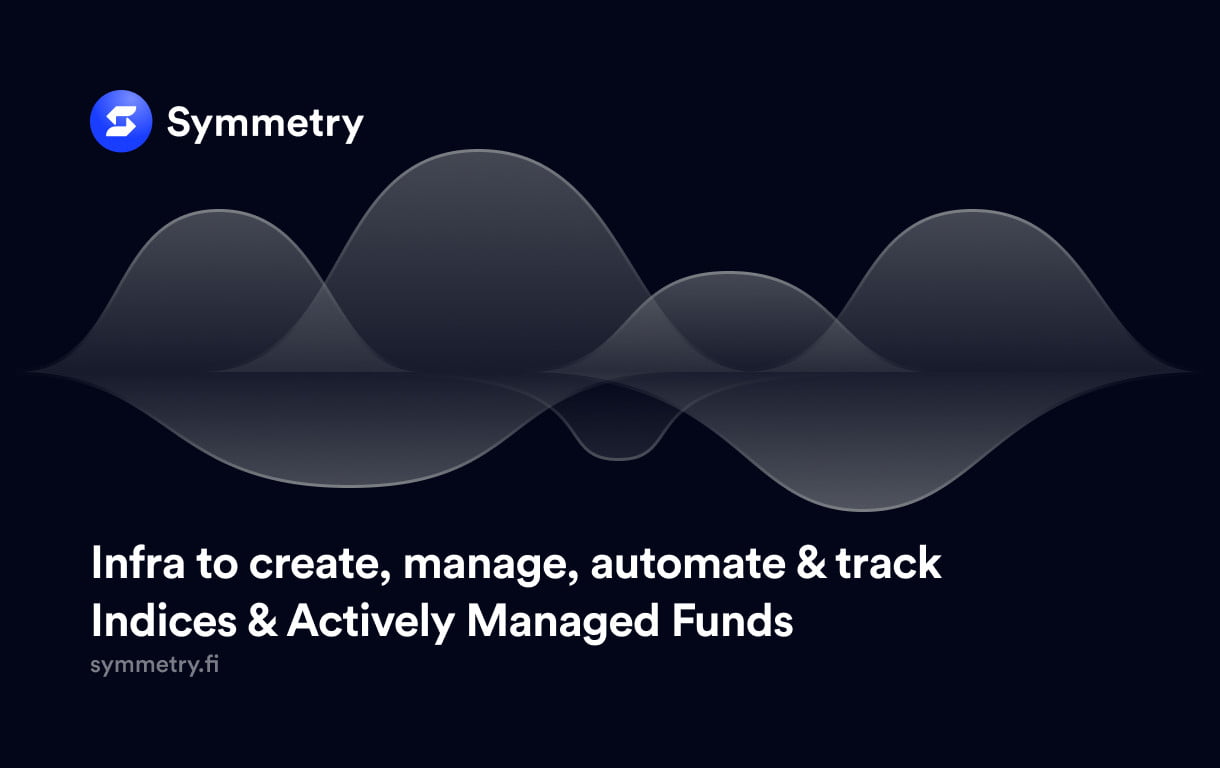 Symmetry Engine is a collection of SDKs that lets developers build asset management applications on-chain, as well as gain access to 0 price impact and 0 slippage liquidity.

The protocol has been launching products on Solana since 2021 and has surpassed over $500 million in volume on their DEX built with Prism Aggregator.

In traditional finance, creation & management of indices and actively managed funds has always been limited due to its capital intensive nature, as well as the complexity of moving large amounts of money to maintain risk and reward ratios. Public has been limited by the rules and methodologies of the central parties managing the funds. Symmetry is in the forefront of revolutionizing this by it’s trustless and permissionless nature.

Symmetry can be used by anyone to create a fund in less than 5 minutes. When establishing an index or an actively managed fund, protocol automatically creates a token specifically for that fund, which represents its underlying assets, price of which is determined by the weighted price movements of its asset composition. Therefore, owners of the fund token effectively hold the value of assets contained in its composition, allowing them to easily diversify their portfolio with just one token. Symmetry Engine automatically takes care of rebalancing, re-weighing and refiltering (in case it is automated) the fund on-chain.

Funds can also act as concentrated liquidity pools, market making to DEXes and earning liquidity provider fees for the fund token holders. This unlocks a wide range of possibilities for traders, as the liquidity can be offered with zero slippage, zero price impact and at a price determined by an on-chain oracle.

With the initial release, Symmetry Engine contains the following functionalities:

2. Liquidity SDK – Access to the liquidity of the funds

Documentation for Symmetry Engine can be found at docs.symmetry.fi