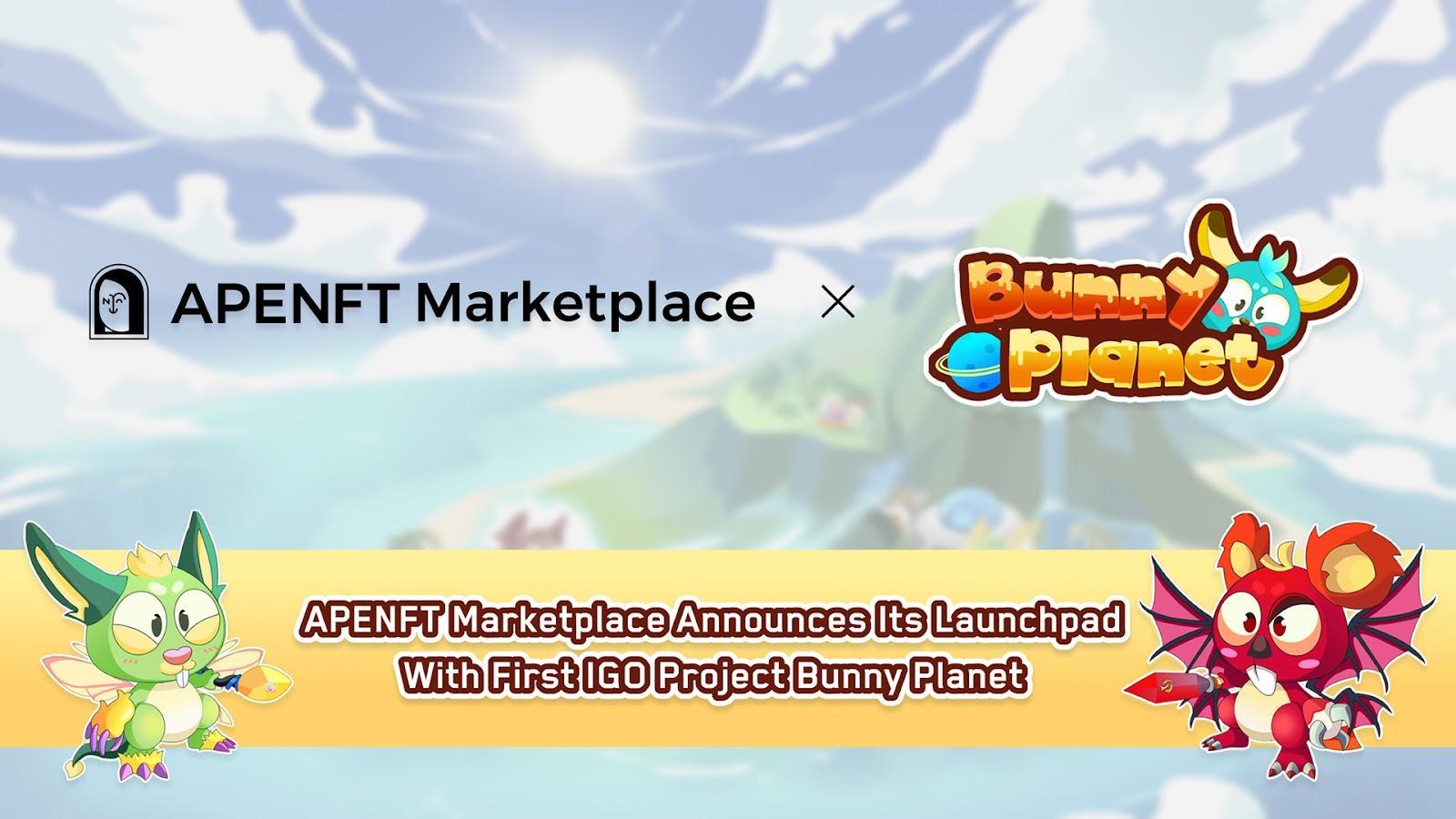 APENFT Marketplace has announced the official release of its Launchpad with the first Initial Game Offering (IGO) for Bunny Planet, winner of the APENFT and TRON GameFi Hackathon.

The APENFT Marketplace’s Launchpad is designed to take the platform to the next level, spurring adoption and growth. Bunny Planet, the APENFT GameFi Hackathon winner, will be the first project to conduct an IGO once the Launchpad goes live. This month, the game will begin its first open beta stage after the genesis Bunny NFT sale exclusively on the APENFT Marketplace.

The launchpad is widely recognized as an indicator of a platform’s capabilities, it also demonstrates the liveliness of the cryptocurrency market. A launchpad represents a chance for high-quality project incubation and rewards for early investors and content creators. Investors enjoy a more engaging and entertaining experience, thanks to mystery boxes defined below.

The introduction of the Launchpad platform enhances the APENFT Marketplace’s fundraising capabilities, allowing it to create a more diversified NFT trading marketplace including a decentralized platform for investors, project owners, creators, and collectors.

Since the Mainnet debut on April 15, APENFT Marketplace has committed to providing a better NFT trading experience. The Developer Sprint and the TRON101 Project offer $2 million and $90 million in prizes respectively to encourage more developers to the APENFT Marketplace.

After the Mainnet launch, the platform maintains its zero-handling fee policy and will offer NFT airdrops in the TRON ecosystem as a way of giving back to users for their confidence in and support for APENFT.

Launched on the TRON network, Bunny Planet is a blockchain-based game inspired by CryptoKitties and Axie Infinity. The collectible characters are called T.Bunnies and can be utilized in Player vs. Environment (PVE) / Player vs. Player (PVP) fights. Players can breed and collect T.Bunnies in the Bunny Planet, team up in PVP/PVE battles, and use their lineup strategies to compete with other players. To utilize these strategies and compete, each player needs at least three, but no more than 12 T.Bunnies. The game also includes a Destiny mechanism where players may sacrifice bunnies in order to acquire unique resources in order to improve their teams.

Players can also receive resources by winning fights or seasonal tournaments. This is all through the Play-to-Earn (P2E) model. These resources may be used to cultivate and improve your T.Bunny team, as well as create your own territory on the Bunny Planet. Bunny Planet is currently in the first stage of its development, which entails alpha testing. After its IGO, it will begin beta testing. During the beta test phase, it will run an open tournament with large prizes.

The rarity of the T.Bunny is determined by its high-test gene rarity. There are four different rarities for a gene: C, R, SR, and SSR. For example, if a T.Bunny has 11 C genes and 1 SSR gene, then its rarity is SSR, while a T.Bunny with 11 SR genes and 1 R gene is an SR rarity T.Bunny. All T.Bunnies in the mystery boxes are SSR level during the genesis sale, with a minimum of one to a maximum of six SSR genes. The more rare genes a T.Bunny has, the stronger that T.Bunny will be.

One of the most innovative highlights of Bunny Planet is its breeding system. There are a total of four T.Bunny classes: warriors, knights, mages, and priests.Their classes are determined by their roles in combat. Each T.Bunny has a total of 12 partial characteristic components, and the partial characteristic of each T.Bunny consists of one dominant gene and three recessive genes. T.Bunny’s classes with 12 genes of its components will be determined by its parents through a smart contract on TRON.

Among the 12 genes of the T.Bunny components, four genes have special skills while the rest eight genes have passive attributes. Thus, there are a total of 60 different skills and 120 passive attributes; with unlimited strategies players can try to form their T.Bunny squad and win rewards against others.

Players can win P2P-based resource rewards by winning battles and season tournaments. These resources can be used to breed, train and evolve your T.Bunny squad and build up your own squad to conquer the Bunny Planet.

Officially registered in Singapore on March 29, 2021, APENFT is backed by the underlying technology of the TRON blockchain, with additional support from the world’s largest distributed storage system BitTorrent File System (BTFS). At the core of our mission, APENFT aims to facilitate the creator economy while catalyzing both financial and cultural inclusion in the metaverse. Our vision is to integrate both the virtual and the real worlds seamlessly. APENFT Foundation is the world’s first NFT art foundation that realizes crossover purchases. We aim to bridge conversations between stakeholders in the traditional art world and the digital art community emerging around NFTs, promote inclusiveness and diversity, broaden our multimedia audience, and increase all members’ engagement. In the future, our collection will be made available to the entire community through a series of curated online exhibitions in the metaverse.