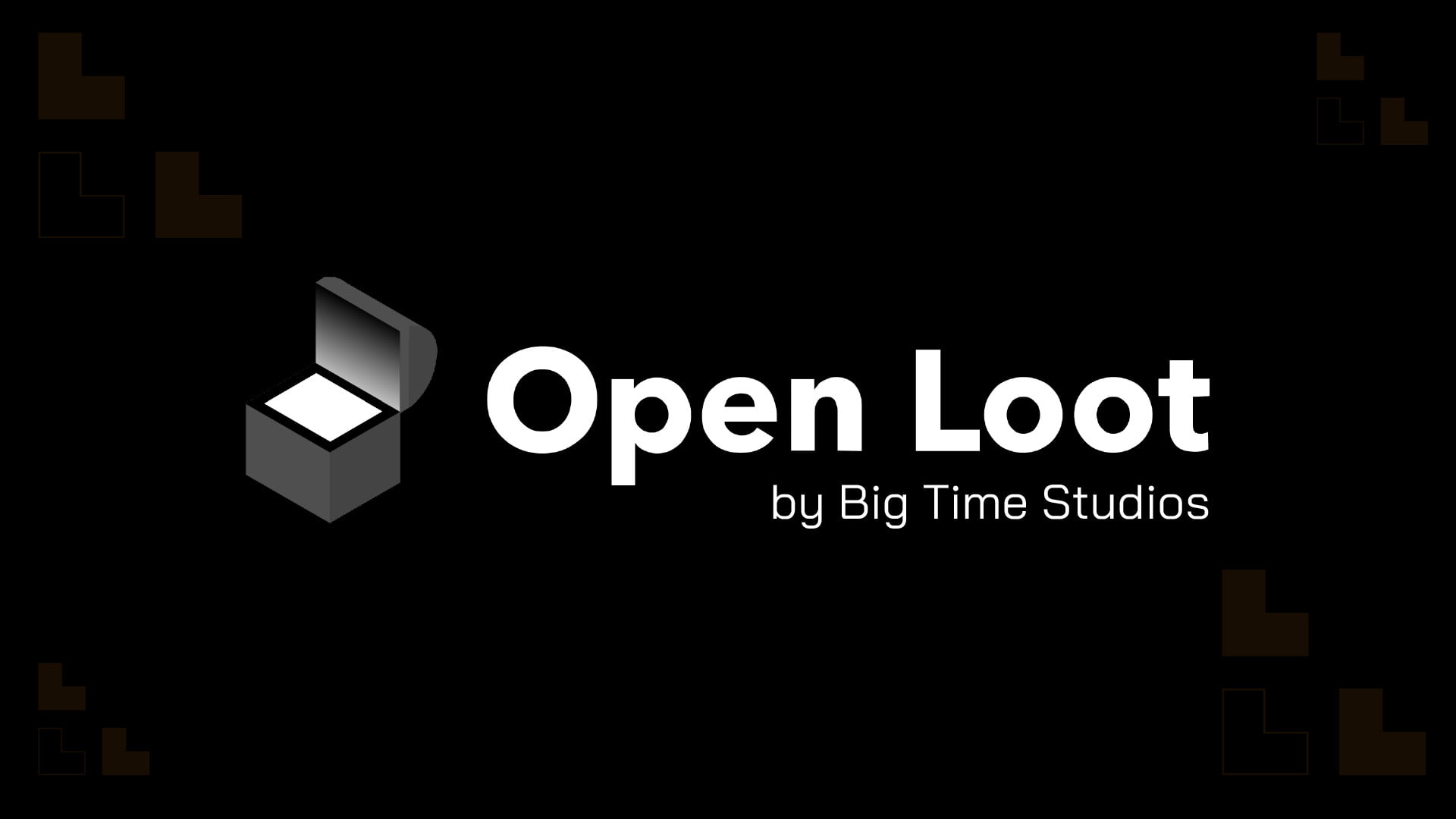 Following the success of launching the flagship title ‘Big Time’ into Early Access and generating NFT sales in excess of 100 million dollars, BIG TIME Studios Ltd. (BTS) announced the OPEN LOOT (OL) Platform. OL enables developers to launch web3 games and distribute their NFTs through the OPEN LOOT Marketplace. Its Vault technology enables an extremely easy-to-use experience for receiving and managing blockchain-based digital assets, allowing players to trade and sell to one another in a very natural way.

With no gas fees and instant transaction settlement, OL creates the best possible experience for players like no other. “We believe that we can bring the success we realized with Big Time to our partner studios, and have them join the largest web3 gaming community in the world”, said Ari Meilich, CEO at BTS.

BTS is also announcing the OPEN LOOT Ecosystem Fund, which will support game developers in the journey as they launch their web3. “We are very excited to be able to participate in funding the next generation of web3 games, and bring our expertise in-game economies and our vibrant community to our partners”, said Tony Colafrancesco, VP of Partnerships. Developers interested in working with the Fund can learn more and apply at openloot.com.

About Big Time Studios LTD
Big Time Studios LTD. is the publisher & developer of the video game Big Time, and the developers of the OPEN LOOT, a platform for the next generation of web3 games. OPEN LOOT lets game developers mint and distributes crypto-based digital assets within their games and a marketplace, providing for a smooth experience for casual players. Founded by Ari Meilich (Founding CEO at Decentraland) & game industry veterans Thor Alexander and Matt Tonks, the BTS team is distributed around the globe.

For all of the latest news on OPEN LOOT, check out the official site. Join us on Discord, Twitter, and Instagram.

Previous PostIMF hints poor economic growth in near future: new panic in the crypto marketNext PostWhistleblower says Coinbase tried to address the insider trading issue but with no success