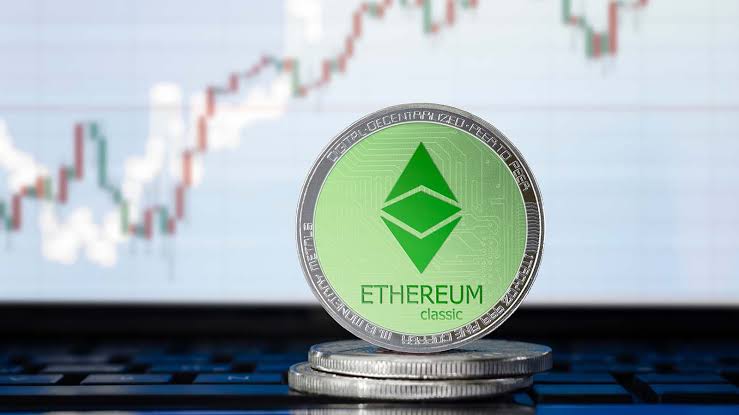 One of the popular crypto commentaries shows Coin Bureau’s pseudonymous host has recently predicted that the Ethereum Classic ($ETC) will move ahead of the upcoming transition of  Ethereum to its Proof of Stake(POS) system.

In a recent video upload on Youtube, which was released on 25 July, the Coin Bureau’s pseudonymous host who goes by the name “Guy” reached out to the viewers and said that the long-awaited upgrade to the Ethereum chain could also benefit the Ethereum Classic. This update which is also dubbed “The Merge” is probably one of the major upgrades and thus implements lots of changes to the current Ethereum chain, this transition of Ethereum from the proof-of-work to the proof-of-stake system was planned to make the Ethereum network more sustainable in the coming future.

“ETC rallied amid speculation that Ethereum Classic would benefit when the Ethereum merger is completed. ETC was one of the best performing cryptos in the previous week, so I will repeat what I said – be careful. That being said, if that bull flag plays out daily, ETC could reach $40 in the upcoming weeks.”

Guys also talked about the ApeCoin, which appears to be rallying because of their recent demo of the Bored Ape Yacht Club metaverse world dubbed Otherside. According to him APE appears to be painting a bull flag of its own which could take it up to $8 in the coming weeks, which would be a straight gain of 25% considering the current trading price of the ApeCoin.

While considering and keeping in mind the excitement of investors who are devoted to Ethereum, Guy predicted that the price of Bitcoin would experience a drop before the merger. He speculates that $BTC’s daily charts are showing a short-term pullback, which will together widen over into the weekly price performance of Bitcoin.

Even though Guy is predicting a bearish move in the upcoming time, Coin Bureau’s host continues to remain bullish on Bitcoin’s long-term outlook. He also speculates that the price decline of $BTC will increase in the coming weeks, and after that reaching $30,000 in August or early September.

Ethereum classic getting better traction ahead of Ethereum’ “The Merge” progress