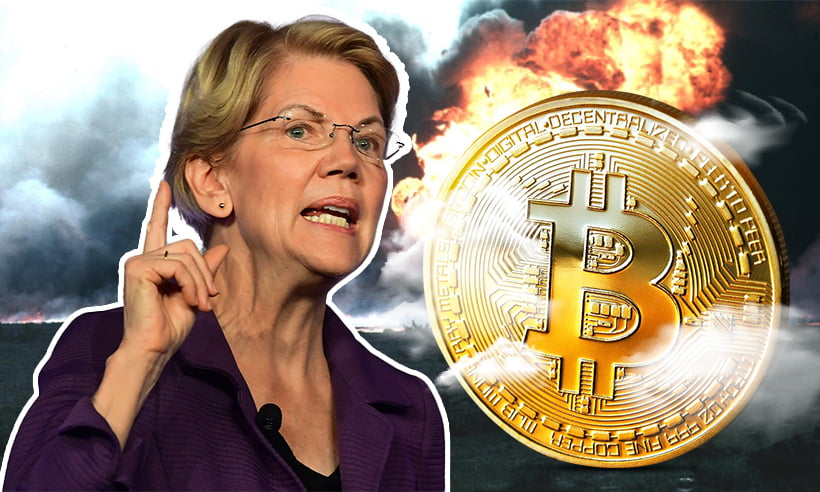 US senator Warren once again took a step against the crypto industry adoption to save the existence of the traditional banking system.

Elizabeth Warren is an American politician and former law professor who is the senior United States senator from Massachusetts, serving since 2013. In the past, Warren worked in favor of consumer protection, economic opportunity, and the social safety net. In the past, Warren passed many negative comments against cryptocurrencies. She believes that crypto is a criminal tool and also a harmful thing to environmental health.

On 4 August, Bloomberg reported that Senate Banking Committee members requested Warren to sign a letter to the Office of the Comptroller of the Currency (OCC).

The letter aims to issue an order for the banks to stop providing digital assets services, for example, crypto custody services.

Through the letter, Warren tried to say that the banking committee believes that crypto regulation policies by the US government agencies are a portal for the street banks to enter the crypto market, which may further result in huge risk for the traditional banking system.

“We are concerned that the OCC has failed to properly address the shortcomings of the preceding interpretive letters and the risks associated with crypto-related banking activities, which have grown more severe in recent months,” the letter reportedly read.

Warren also wants the Comptroller of the Currency (OCC) to collaborate with the Federal Reserve and the Federal Deposit Insurance Corp. (FDIC) to develop an alternative approach to regulate the crypto industry, to ensure the safety of crypto investors as well as the future of the banking system.

The final version of the letter will be sent to Michael Hsu, the acting comptroller at OCC. The letter is still not in the public domain and also it is unclear how many senators signed this letter.