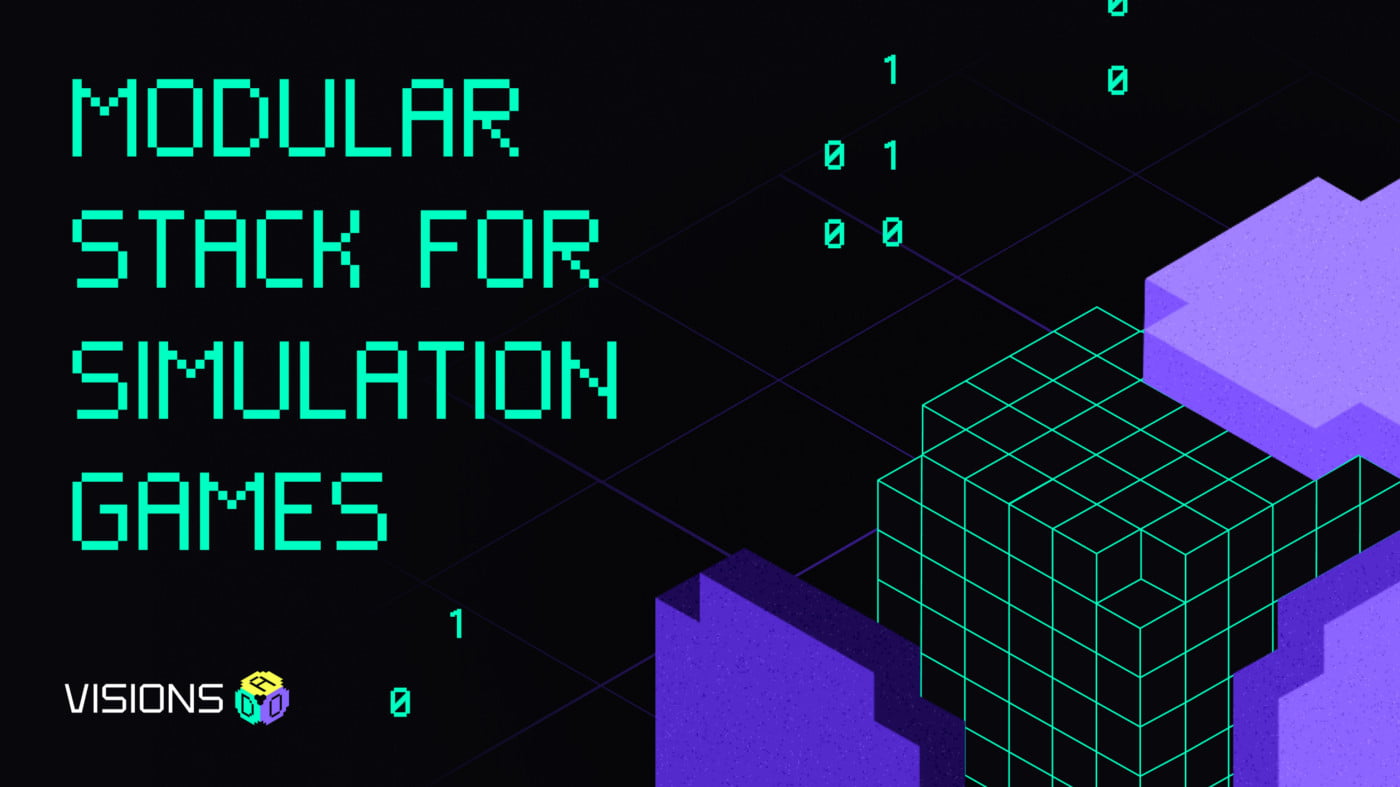 An up-and-coming GameFi infrastructure startup, VisionsDAO has been building for more than a year what could become a foundational primitive for game developers looking to implement sound crypto economic designs and plug-and-play modules that will power a new wave of sustainable on-chain Web3 games to come to market and thrive.

VisionsDAO aims to enable engaging gameplay and circular game economies through high-quality crypto-economic modules that accelerate time-to-market while reducing development costs and risks for Web3 game builders and legacy game studios who want to make the leap into blockchain-powered games.

One of the issues faced by many games was related to hyper-inflationary token designs that were not sustainable, requiring a growing number of new players to buy an ever-growing supply of tokens flooding the market. Due to that, token prices tanked, and failure rates at first-wave GameFi companies became a scary topic for gamers, investors and founders alike.

In order to solve that, VisionsDAO developed a stack of 5 modules that can be selectively or entirely included by game developers, ultimately adding up to creating a fully on-chain business simulation game. The Visions-SDK allows anybody to instantiate their own simulation game, by configuring the parameters of the modules to function exactly as they want them to.

Nico Rodriguez, who also leads the technical development of the project, talked about his desired impact on the entire Web3 Ecosystem: “We’re making the development of on-chain business simulation & economy games so streamlined that we also believe that not only legacy gaming studios and Web3 game builders will benefit from our stack, but also that we will enable the emergence of DAO Social Games as a new community building tool, increasing their size and engagement, while also helping DAOs and Protocols to expand their treasury via novel mechanisms such as crafting items through forging fungible and non-fungible digital assets.”

Builders using the VisionsDAO SDK can launch games that operate on-chain, with interoperable capabilities across EVM compatible blockchains, taking advantage of circular economic features and reducing hyperinflation risks. The modules are built with the same mindset that enables rigorous DeFi protocols to succeed.

“We’re building innovative GameFi infrastructure and tooling so that devs and artists can do more together. Through our first modular stack, we aim to jumpstart the unfolding of an ever-expanding universe of interoperable ecosystems, not only within gaming but also within other thriving and nascent sectors of Web3. GameFi can be integrated into every segment, from DeFi to ReFi, accelerating the adoption of new decentralized technologies, and also new values.” Added co-founder and ecosystem development lead, Phil Lewandowski.

VisionsDAO has raised $2.2m in their seed round from industry giants Animoca Brands, Spartan, trailblazing founders and angels like Trent McConaughy, Bruce Pon and John Lilic, in addition to receiving tremendous support from accelerators and strategic partners such as Alliance DAO and Kilonova Ventures.

The founders invite all game builders, hardcore gamers, DAO members, investors and GameFi enthusiasts to get in contact for learning more about the protocol and for future partnership opportunities through their website.