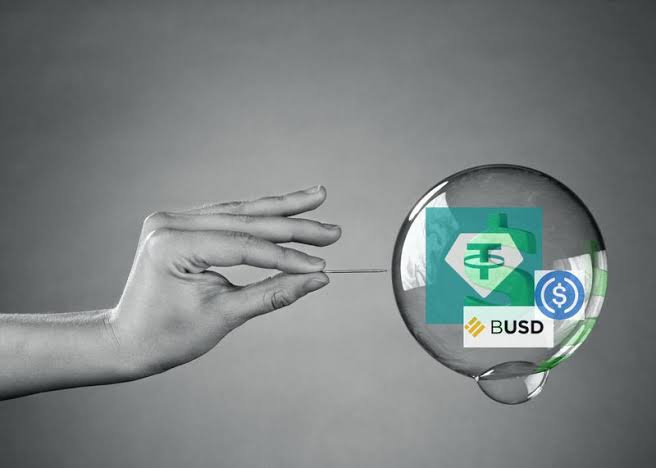 A US banking regulator explained the blockchain technology-based Stablecoins and said that they are more likely to the traditional banking & money system.

In the present time, huge numbers of stablecoins are working as a tool to transfer funds from one exchange to another without any need of Banking services or any middleman but these things are risky at their level if stablecoin backend companies make any mistake. Here we can take the example of TerraForm Labs, which failed to save TerraUSD (USTC) and resulted in the loss of a huge amount of money.

On 11 October, During a conference in Washington, the acting Comptroller of the Currency Michael Hsu told the attendees of the conference that stablecoins are trying to show different technology over the banking technology but are not.

Michael noted that all the stablecoins are stealing the concept of traditional Banks’ money operational system but only in the internet world.

“They want to borrow ideas out of bank deposits and this idea that you’ve got something that functions just like money, but on the internet.”

Further, the acting Comptroller of the Currency said that if we will not describe and regulate the stablecoins under a clear framework then that will not be a good thing.

It is worth it to note that, Michael echoed the raised concerns about stablecoins by the Financial Stability Board, which stated that stablecoins can’t be trusted and don’t meet high-level recommendations, and also there is a need for a suitable regulatory framework.

In May of this year, the whole crypto market was shaken badly and that resulted in a very bad outcome for the Terra blockchain ecosystem.

Initially, the Terra blockchain was launched with two tokens TerraUSD (USTC) and LUNC coin. Both of these two assets were connected via a protocol to maintain the value of each USTC equal to $1 but it failed under high volatility situation.

Read also: 18% Americans have an investment in Cryptocurrencies in 2022

Stablecoins are like Banks without a regulatory framework, Says U.S. banking regulator