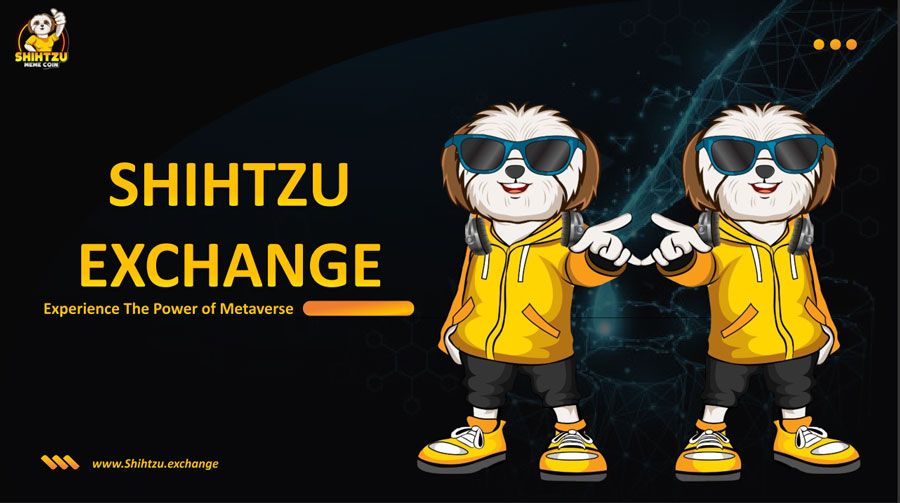 Shihtzu Exchange was born from South Korea in 2019.
Shihtzu Exchange universe need to add transparency,
improve security, and give customers full ownership of
their digital assets called STZU. Within a vast digital
metaverse & NFT Minting marketplace Shihtzu connecting
people through high-quality virtual assets world.
As the alternate universe approaches its public launch in
2021 and new features are added to capture the attention
of both individuals and businesses, Shihtzu exchange
takes a more vital role inside the Shihtzu universe. Aside
from acting as the in-platform currency of Shihtzu
exchange (STZU), token empowers users through NFT
minting, marketplace operations, and a decentralized
autonomous organization.

Make The World Yours

Shihtzu Exchange Metaverse universe is a advance
combination of the words “Meta”, which is a prefix meaning
more comprehensive or abstract, which basically implies going
beyond the realities of our real world, and diving into a new life
in a virtual space, which may or may not be different from
reality.
In the Shihtzu Metaverse universe, users can interact with each
other, earn STZU token, which can help you to play, sell, trade
and perform real-life activities in the online NFT Minting
marketplace World through the usage of their NFTs. Currently,
the Shihtzu Exchange Metaverse concept is widely used in
games, decentralized finance, and business environments by
Shihtzu exchange trying to somehow replicate daily activities
in a virtual space.

Shihtzu Introducing The Next Generation Universe

Shihtzu Exchange Universe is dedicated to making our World better
place with the help of a virtual one.
Shihtzu exchange will be a part of every transaction ever occurring in
the Next generation universe, including decentralized finance, also it
will be NFT minting based marketplace, transparent digital NFT and
gaming licensing platform without a middle-man. So Shihtzu users
can Instantly buying selling NFTs, directly from the Shihtzu Exchange
platform.
Shihtzu exchange coin is one of first token that allows users to hold
Billions or even Trillions of Shihtzu exchange digital currency in their
wallet or exchange without any issue and it also help users to trade
the NFTs worldwide with lower transaction fee.

Shihtzu Exchange universe community is creating a unique and
100% virtual experiences for its worldwide users using the
previous meme coin ShibInu.
As per the current market growth of Shiba Inu. Shihtzu Exchange
using the same way to approach the market with advance
technology and future upcoming platform, which will be the use
case of STZU digital asset currency.
So in the short words. Shihtzu will lead the Shiba Inu experience
to grow its NFT Minting & Shihtzu Metaverse platform worldwide
and create a next generation digital assets for its community,
which will unlock the future.